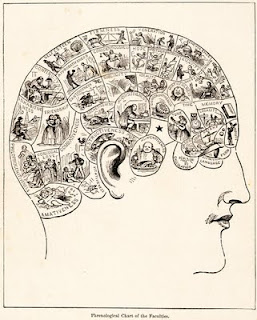 Imagine you set about a major international study on the key drivers of the well-being of children - and you excluded any analysis of their family circumstances in your study. That would be silly, wouldn't it? No serious researcher would even contemplate such a thing surely? Not the OECD unfortunately. They have just published a study - Doing Better for Children - that does just that.

Their excuse - with reference to a UNICEF study that did not make the same fundamental error - is as follows (from Chapter 2):

The approach here contains the same number of dimensions as the UNICEF report. Four of the six dimensions are effectively the same. The “family and peer relationships” and “subjective well-being” dimensions included in the UNICEF report are omitted. The reason is not because they are unimportant for child well-being, but because this report has a strong policy focus. It is unclear how governments concerned with family and peer relationships and subjective well-being would go about designing policies to improve outcomes in these dimensions.

That's the same OECD that published a paper less than two years ago examining how policies can boost birth rates ...

It seems to me the OECD's omission of the role of the family in children's well-being is disingenuous at best, and downright deceitful at worst. It can be considered disingenuous because most of the factors they do measure as influencing child well-being - child poverty, literacy, exposure to smoking, housing quality, and teen births - are crucially determined by family circumstances. But it gets worse: not only has the OECD excluded vital indicators explaining child well-being, they've includes some that are frankly ridiculous. Take the indicators comprising 'Quality of School Life'. Of course, educational indicators should be included - but which ones? You and I might think a few obvious ones might be average class size or educational spending per child. But no, the OECD has decided that the main educational/schooling influences on child well-being are 1. bullying and 2. 'liking school'. I kid you not.

It seems to me that an awful lot of comparative social studies like the OECD's - designed specifically to influence policy development - are more akin to phrenology than to science. Instead of measuring what matters we get these pseudo-scientific studies that are little better than feeling the equivalent of lumps on people's heads and drawing seemingly profound conclusions.

As for the accusation of deceitful, I would point to this extraordinary statement in Chapter 7:

At this point you've got to wonder which planet the the authors have been studying. In the United States, 28% of single mothers and their children live in poverty. Substantially higher than the percentage of single fathers with dependent children, and of married couples with dependent children. Poverty, of course, is strongly associated with all of the indicators (environmental, health, educational, risk-related etc) that the OECD is so concerned to report as influencing child well-being. And there is a considerable body of research showing the links between marriage and child well-being that the OECD seems intent on ignoring.

So why would they make such a statement in the midst of a report that presents a great deal of otherwise considered analyses and comments? I can only presume it is ideological: we have now gotten to the stage where policy makers and their analysts would rather ignore reality for fear of being accused of advocating 'conservative' or 'illiberal' policies, in turn bringing down the wrath of the feminist jihad on their heads.

But perhaps I am being too harsh. The Economist commenting on the same report does point out that:

The OECD offers many insights into how and why child welfare varies, and what the state can do. It does not, however, settle the argument over what role the state should have in nurturing the young.

That may be the more important point. If anything the OECD study points out just how little the state can really do that is effective in securing long term, sustainable improvements in child welfare. Research continues to reveal the importance of family life is in influencing the development of children - regardless of culture - including moral development. And moral development is crucial to the emergence of a functioning community and society regardless of the stage of economic development.

Despite its once dominant status as the orthodox explanation for human psychology, phrenology soon joined astrology as a redundant world view. Reality can only be denied for so long: and hopefully for not much longer in the case of social policy.
Posted by Gerard O'Neill at Saturday, September 05, 2009