You Don't Get What You Pay For 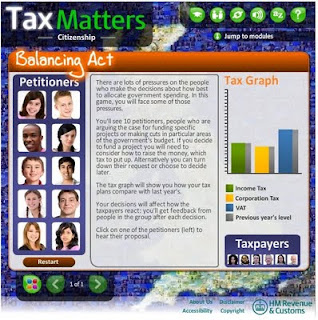 The logic of collective action teaches us that a small group of interested parties, each with much at stake, will run rings around large numbers of interested parties each one of which has much less at stake individually, even though their aggregate stake may well be larger. The organised lobbying bulldozer of Wall Street sweeps the floor with the US tax payer anytime. Willem Buiter

The report of the Commission on Taxation is a useful summary of the current state of the tax system in Ireland and options for its reform in the future. It is a technocratic document in the main - an appropriate sister to the McCarthy report on expenditure. What it doesn't provide - nor was it part of the terms of the Commission - is a considered justification for why we have any taxes in the first place.

Still perhaps it is the wrong question. Perhaps a better question is: what do we want to get for our taxes? What are we buying? Recognising that like medieval serfs, we don't have much choice in the tithes we pay. With all that spending on health, education, social welfare and so on, what is it that we want to 'buy' by way of desirable outcomes from the taxes we use to pay for such goals or objectives?

I think there would be a minimal consensus around things like providing social welfare support for those unable to work (e.g.: the disabled or elderly), or caring for dependent others etc. This consensus would likely extend to support for those who have lost their jobs (ideally paid for out of some kind of unemployment insurance) and to other specific cases.

The thing is, of course, it is likely that the average taxpayer would be wholely unconvinced about the benefits to them as individuals or to the wider society in which they live of a great deal of public spending they are asked to pay for, sight unseen most of the time. The UK's revenue commissioners - HMRC - have an amusing 'Balancing Act' game on their web site (image above) where you get to accept or veto different spending proposals, and to select which taxes to increase or cut depending on whether you want the spending to go ahead or not. Once you've decided, by the way, you get presented with 3-4 irate citizens giving out about the madness of your proposed cuts/increases. I didn't have any bother ignoring almost all the special pleadings for expenditure myself, but then again, I wasn't seeking re-election ... See how you get on by going here - click on Citizenship then click on Game.

The Balancing Act brings home forcefully Willem Buiter's comment at the top about the power of lobby groups to always get one over on the tax payer. No doubt they are working overtime in response to both McCarthy and to the Commission as we speak. No doubt you and I will pay for any 'successes' they have - even if we don't want to 'buy' them.
Posted by Gerard O'Neill at Wednesday, September 09, 2009