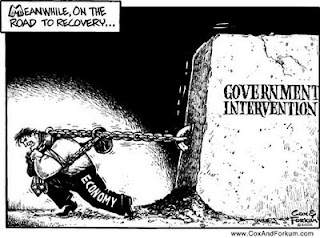 And now for a party political broadcast:

We ask that the government undertake the obligation above all of providing citizens with adequate opportunity for employment and earning a living. The activities of the individual must not be allowed to clash with the interests of the community, but must take place within its confines and be for the good of all. Therefore, we demand: … an end to the power of the financial interests. We demand profit sharing in big business. We demand a broad extension of care for the aged. We demand … the greatest possible consideration of small business in the purchases of national, state, and municipal governments. In order to make possible to every capable and industrious [citizen] the attainment of higher education and thus the achievement of a post of leadership, the government must provide an all-around enlargement of our entire system of public education … We demand the education at government expense of gifted children of poor parents … The government must undertake the improvement of public health – by protecting mother and child, by prohibiting child labor … by the greatest possible support for all clubs concerned with the physical education of youth. We combat the … materialistic spirit within and without us, and are convinced that a permanent recovery of our people can only proceed from within on the foundation of the common good before the individual good.

Okay, it wouldn't get my vote - a bit too nanny state'ish for my liking - but it would probably get a lot of people's votes right now. In fact, it did get a lot of votes first time round: the text is from the political program of the Nazi Party, adopted in Munich, February 24, 1920 (ht Adam Smith Institute).

In uncertain times people cling to certainty: and the (seemingly) All-Powerful State can appear to offer certainty to those lacking self-confidence, or those lacking faith in higher powers. Like I said, I don't doubt its appeal - it's the brutal truth behind the appeal that I don't like.

The report covers the same well (well) worn ground about how GDP isn't the measure of everything, how there's more to life than economics etc etc. Much the same ground has been covered (rather more succinctly) by the Stiglitz report for the French Government. Much of what NESC has to say is uncontroversial, even interesting (the earlier stuff in Volume 1 on Socrates and eudaimonia is a useful primer for those unfamiliar with his work). It even makes a reasonable fist of defining well-being thus:

Well-being is a positive physical, social and mental state. It requires that basic needs are met, that individuals have a sense of purpose, that they feel able to achieve important goals, to participate in society and to live the lives they value and have reason to value. It is enhanced by conditions that include supportive personal relationships, strong and inclusive communities, good health, financial and personal security, meaningful and rewarding work, a healthy and attractive environment and values of democracy and social justice. Public policy’s role is to place the individual at the centre of policy development and delivery, by assessing the risks facing him/her, and ensuring the supports are available to him/her to address those risks at key stages in his/her life.

It all seems terribly reasonable - until you get into the substance of what NESC proposes to do. Firstly they want to get rid of our 'obsession' with GDP and economic growth, especially now the demise of the Celtic Tiger has shown us the error of our ways (from page 151):

... we should be able to learn from the past in planning for the future. The Celtic Tiger years brought unprecedented growth to Ireland and, as documented, general improvements in well-being across the well-being domains. Despite substantial economic and social progress, many social deficits remained, and new risks to well-being emerged, some from environmental resource constraints. Consequently, in building the foundations for future prosperity it would be wise to reflect on how a more comprehensive and sustainable approach could be taken to support human flourishing and well-being. For example, we may think differently about the desirability of fast economic growth, rather than deep or enduring prosperity. We may focus more on intensive rather than extensive growth and place a higher priority on sharing of gains and losses (see NESC, 2005b). We may take the view that infinite growth on a finite planet is not possible and that future prosperity is best secured by moving away from a growth economy towards a more economically, socially and environmentally sustainable model of development. We may seek a more equal society based on the evidence that more equal societies tend to have lower levels of poverty and higher levels of social cohesion (OECD, 2008b). This argument is supported by Wilkinson and Pickett (2009) who claim that more equal societies ‘almost always do better’ in terms of educational attainment, social mobility, life expectancy and higher levels of trust.

A mandate to put government at the centre of everything: indeed, the prospect of the goverment as everything. Or, as they put it more bluntly:

The well-being analysis undertaken in this report suggests that some of these goals could be modified further:
- From growth of total GNP to GNP per head to sustainable growth;
- From income growth to a more equal distribution of income;
- From absolute job creation to overall employment rate to participation rate;
- From discrete and targeted programmes for disadvantaged groups to responsive, flexible, person-centred, and tailored publicly funded services;
- From an exclusive focus on income to a balance between income and better provision of accessible, affordable quality services;
- From developer-led developments to planned and sustainable communities;
- From housing completions to occupancy rates;
- From ‘survival of the fittest’ to a more egalitarian society.

Kind of reads like a political manifesto, don't you think? But here's the thing, how on earth do they think we're going to pay for all of this without economic growth? Or do they imagine we can just start afresh - Year Zero - convinced that 'a permanent recovery of our people can only proceed from within on the foundation of the common good before the individual good'?

Now don't get me wrong: I'm not saying that the well-meaning, talented folk in NESC are a nest of eco-Nazis intent on global domination (or the 26 counties for that matter). I think they're way too misguided and myopic to harbour such sinister plans (and I've met one or two of them over the years and they seemed like nice people come to think of it!) Their myopia lies in the way in which their thinking is entrapped in the horrors of PC-think.

For illustration, take their analysis of the well-being of children (the first section of Volume 2: I couldn't bring myself to read the rest). Like the dreadful OECD study that addressed the same topic recently, they open the lid on the rarified world of social policy as phrenology. Take lone parenthood. On the one hand they tell us that:

Research by McKeown et al. (2003: 12) on family well-being found that the type of family a child or young person lives in – one parent, two parent, married parents, co-habiting parents, separated or single parents – has limited impact on family well-being. The key factors shaping the physical and psychological well-being of parents and children was found to be family processes, particularly the ability to resolve conflicts and arguments, and the personality traits of the parents.

Then just a few pages later we're told that:

And as an aside, there is no analysis of religion as a source of wellbeing in either volume (other than as a potential source of discrimination). Yet there are countless studies showing its importance (rather more than pets); something I know to be the case despite my post-Christian, secular leanings. Yet more PC myopia.

Which is why I don't worry about NESC and any proto-fascist proclivities (of which I'm sure there are none). It's just that when their view of the world is so wrapped up in such reality-denying platitudes and plain old fashion leftist ideologies (with a now mandatory dose of greenism) then I know that they will never get traction with the ordinary, real-world-dwelling voters of Ireland. The ones who just want to get on with their lives, look after their families, enjoy rewarding work and be proud of living in our free and peaceful country (despite its present difficulties).

Look: GDP and all that is a bit like the Profit & Loss Account in a company. It's a way of keeping the score - but it isn't the purpose of human society nor of business. Everyone else knows that: but NESC - after 566 pages plus an executive summary - clearly hasn't twigged it yet. Colm McCarthy suggested keeping NESC: I'm honestly not sure why after this.
Posted by Gerard O'Neill at Wednesday, October 07, 2009