Let's Give Everyone A Nobel Prize While We're At It 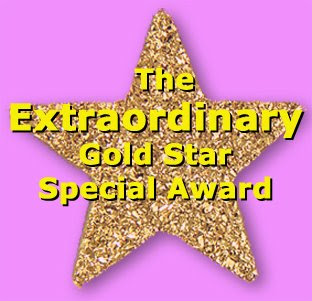 I'm with David Stephen, the decent thing would be for Obama not to accept the Nobel Prize. Sure, four years from now with peace in the Middle East, Iran turning its nukes into (very powerful) ploughshares, the Taliban democratically elected the new rulers of Afghanistan ... then give him the prize: no argument. It's kinda insulting to the previous winners don't you think?

But maybe the prize awarding committee have swallowed the Self-Esteem pill? Maybe they think that if they give President Obama the Nobel Prize for Peace before he does anything to deliver peace anywhere then he might just deliver? Kind of like a 'gold star for effort' from the teacher. The only problem is all the self-esteem psychobabble is now shown not to work. Indeed it might even have the opposite effect intended:

So we can certainly understand how an injection of self-esteem might be valuable to the individual. But imagine if a heightened sense of self-worth prompted some people to demand preferential treatment or to exploit their fellows. Such tendencies would entail considerable social costs. And we have found little to indicate that indiscriminately promoting self-esteem in today's children or adults, just for being themselves, offers society any compensatory benefits beyond the seductive pleasure it brings to those engaged in the exercise.

Oops! And where will it stop: the Nobel Prize in Economics for a first-year grad student?!