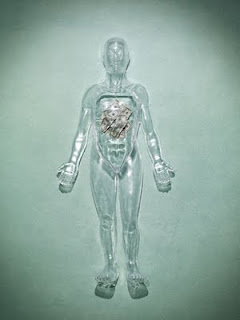 I remember an editorial in the Observer, long ago, noting that 'the genius of the English was never to take anything, in religion or politics, to its logical extreme'. It was, I seem to recall, a pointed reference to some policy initiative in the United States then taking things to their 'logical extreme'.

I thought of this when I read about Norway's policy of releasing individual tax return details to the press. There's a simple web page application you can fill out here if you are a journalist - though you might want to paste the url into Google Translate (making sure to select Norwegian to English before hitting the translate button). The details the Norwegian Government will provide to journalists is quite remarkable: name, zip code, date of birth, income, net worth and taxes paid. It certainly indicates an appetite to take transparency to its logical extreme.

Moreover, it is a disturbing example of how our increasingly digitalised lives are vulnerable to abuse - especially by the state. Take, for example, the behaviour of Irish local authorities who are using new powers to demand customer information from the ESB in order to determine if houses in their area are being used as holiday homes (due to electricity consumption patterns) and therefore liable for the 'second home tax'. Or take the behaviour of police in the UK who are using Tesco Clubcard data to determine if a suspect's spending behaviour is indicative of criminal intent (no, I don't know how this could work either - unless Tesco sells sawn-off shot guns: buy-one-get-one-free?)

Perhaps transparency is the price of progress: we now leave a digital trail of information from our mobile phones, laptops and credit cards behind us everywhere we go. And with more and more information held electronically by government (e.g.: in the form of the very successful ROS initiative) then it will be easier and easier for them to introduce measures such as those of the Norwegian government. But why stop at tax returns? Why not acquire and publish party political preferences (as registered voters do in the United States); religion and race (ditto the latter in the USA), blood type (for emergencies only, of course); criminal record; and make and model of car (as an indicator of carbon footprint)? All of which (and much more) could be rationalised on the grounds of transparency, solidarity, equity, efficiency and so on and on ...

Sadly we are reduced to relying on one arm of government (the Data Protection Commissioner, now threatening legal action as it happens against local authorities in relation to the ESB) to protect us from the other arms. But as arm-wrestling contests go I think I know how that one's going to end.
Posted by Gerard O'Neill at Monday, October 26, 2009