Will The Last Person Leaving Pay The Bill? 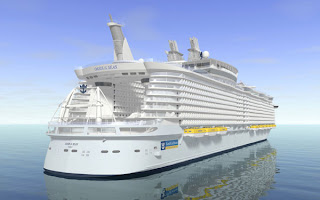 Why should the young have all the fun of emigrating? Reading Shane Fitzgerald explain why it feels like the 1980s again got me thinking. Why didn't my parents emigrate back in the 1980s when I had to go to London to get work, as a graduate just like Shane? The answers were various and obvious: they had my younger siblings to look after; they had their own parents to look out for; and they didn't necessarily have skills that were 'portable' (though my dad had worked as an electrician in Goodyear in Craigavon but was laid off when it closed).

But it wasn't just that. Sure there were the 'push factors' (seeking employment and a decent income) but there weren't the 'pull factors' there are today (friends and relations who had already moved, cheap and convenient air travel, foreign destinations with better climates and large ex-pat communities, easy communications etc). My parents, like most of their generation in the early 1980s, had rarely been abroad, so the foreign seemed truly 'foreign'.

But for Shane's parents and their contemporaries with graduate-age children (I'm about there myself) the options are very different to when they were young. Very different indeed. Which brings me to the subject-du-jour: NAMA. What if it goes wrong? Horribly, disastrously wrong? Derailed, say, by a double-dip depression (now increasingly likely as we reach the frothy peaks of yet another speculative bubble). Or by a domestic economy that simply buckles under the weight of truly staggering levels of government sponsored debt?

In such a scenario (let's call it a Black Swan event for now), then two things would inevitably follow. The first would be an attempt by the state to ensure its own survival by confiscating large tranches of the remaining wealth (especially savings and other liquid assets) in the hands of its citizens. No doubt cheered on by the usual suspects. The second (though possibly the first if the confiscation strategy is flagged too far in advance) will be the mass migration of those with any wealth left worth protecting. Perhaps to Cyprus, as suggest by Wat Tyler:

Someone has been telling Tyler that Cyprus is now the place for oldies. Tax rates are very favourable for retired ex-pats (just 5% on pension income), their budget deficit is miles smaller than ours, there's sun, Marks and Spencer, frequent direct flights back to the UK (4 hours), and they've long ago forgotten all that unpleasantness during the 50s.

It strikes me that that is the biggest difference between my generation and my parents'. The foreign isn't foreign - also we have fewer children to look after (and they'll likely be spending a spell abroad anyway), as well as parents who might actually be better looked after in one of the 26 other EU countries now open to us.

Of course, the consequences for Ireland of a Grey Flight would be disastrous: those left behind would be those least able to make the repayments on the NAMA bill. Their children too would have to leave, turning a vicious circle distinctly brutish. I've already noted the demographic dagger pointing at the heart of NAMA: the Grey Flight would push the blade closer ...

But absent the Black Swan scenario, further, inexorable, relentless increases in taxes on income, savings and assets to fund the biggest financial gamble in our country's history are now inevitable.

I'm predicting a big future for cruises out of Ireland, starting soon.
Posted by Gerard O'Neill at Friday, October 30, 2009