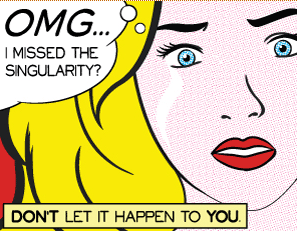 All the gallows in the world groan with the weight of politicians who boasted of their foresight. All of history is nothing but the lack of foresight.
Tadeusz Konwicki

People find it hard to think about the future in the abstract. Sure they can talk about their holiday plans, their ambitions for their children and life after retirement. But once you go beyond biographical narrative it is difficult, and for some impossible, to think in any serious and persistent way about the future. We are, most of the time, present-oriented creatures with (very) limited capacities for abstract reasoning about the future. And when we do (have to) think about the future we often default into simple heuristic devices - the most popular being extrapolation.

Which is why I welcome books like Ireland in 2050 - How We Will be Living by Stephen Kinsella. There hasn't exactly been a rich tradition of futures thinking in Ireland over the years. The past has too often crowded out the future in popular discourse - even Preventing the Future as described in Tom Garvin's magnificent book (worth the price for the chapter on secularism and cultural shift alone). Stephen's book (and its success) is itself a powerful indication of a new maturity in Ireland: we are no longer a small nation whose future is 'dictated' by events elsewhere. Instead we are wealthy enough and peaceful enough to begin thinking about and shaping our own future. If we want to. And I especially like the way in which Stephen has taken a web 2.0 approach to sharing and debating the ideas and insights from his book: both on twitter and on his blog. I should add I was invited to comment on part of an earlier draft of the book, which I was delighted to do.

Ireland in 2050 falls into a category of writing and thinking about the future that I think of as 'Futures Lite'. In other words, the content and style of the book are designed to engage a general audience about issues and prospects that they might otherwise never think about. A healthy antidote to the cognitive barriers about abstract thinking I referred to above. However, this inevitably imposes some limits on the book. For example, there is no over-arching meta-narrative that frames and explains future outcomes in the style, say, of Paul Kennedy's magnificent The Rise and Fall of the Great Powers which he subsequently applied to thinking about the 21st century (albeit with limited success).

A bigger constraint is the 2050 horizon itself. As Stephen points out, 2050 is as far ahead in the future as 1970 is in the past. 1970, by the way, was the year Alfin Toffler published his seminal book Future Shock - the grand daddy of all Future Lite books. Toffler's core thesis was that change would happen faster (due to the impact of rapid technological evolution) than people could possibly handle (due to cognitive constraints imposed by human evolution). He was right (sort of) about the former (the web, mobile phones, biotech); but wrong about the latter. But what strikes you most reading Toffler is the extent to which he overestimated how quickly some technologies would emerge (see his ideas about the 'electronic cottage') and hopelessly underestimated the speed with which certain institutions would be transformed (the Soviet Union for one).

Reading Ireland in 2050 I feel I am reading a book more about Ireland in ten years time than in forty years time. In other words, it is a well told story that weaves together some of things already happening (the 'internet of things', for example) with other developments that are to a certain extent inevitable (demography and new energy arrangements). If anything the future painted in the book is, surprisingly, unsurprising. There is no reference, for example, to the Singularity: a technology-driven, future event that many serious analysts believe is both possible and probable in the next forty years. A recurring theme in techno-futurist commentaries by the likes of H+ magazine (though they do see the fun side of being ruled by robots as well ;-)

But I don't think that matters much. The important thing is that the book is a welcome start to what will hopefully be a deeper, wiser and engaging dialogue about our country and its future. And it is especially important that that dialogue is not confined to politicians. Not just because of their corrosive parochialism, and the lack of foresight that it engenders (everywhere), but also because a small country needs to engage smart people from all walks of life in creating a compelling narrative about our future. I believe that Stephen Kinsella's book will play a key part in helping bring that about.
Posted by Gerard O'Neill at Saturday, October 17, 2009