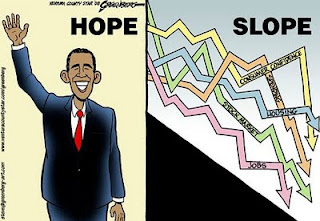 The Taoiseach is worried that 'overwhelming negativity' is bad for the economy and bad for the nation. And now I'm worried. The last time a Taoiseach fretted about people talking down the economy it was followed by the worst recession in living memory. And we're still in it. As leading indicators go this one is pretty scary.

It's in the nature of politicians everywhere to take credit for success and to blame others for failure. Ireland is no exception in that regard. But what is exceptional in Ireland is the political and cultural energy that goes into maintaining a consensus. Not so much 'cosy' as crushing. I think it's symptomatic of the deathly inertia of the Irish political system. Don't rock the boat and all that. Dan O'Brien has written eloquently about this - I'm enjoying his book Ireland, Europe and the World: Writings on a New Century very much at the moment. Here he is in The Irish Times recently:

What explains Ireland’s slump-slump-soar-slump record is not bad government, but a governance vacuum; it is not what government gets wrong, but what successive governments have neglected to do. This is to be seen in each of the three periods of chronic economic underperformance suffered since the middle of the 20th century.

After the second World War, the Atlantic democracies took the difficult decision to abandon 1930s protectionism. Uniquely, Ireland did not. It took 10 years of misery for government to act.

Again, in the 1980s, what marked Ireland out from most of its peers was its inability to take action, this time in dealing with its budgetary woes.

The current crisis is deeper in Ireland than elsewhere for the same reasons: inaction during the good years on modernising the management of the public finances; inaction on reining in the rogue bank; and inaction on dealing with the steady and sustained erosion of competitiveness. These failures to act have deepened, respectively, the fiscal, banking and jobs crises beyond those of peer countries.

But it is not only on economic issues that inertia rules. It is in evidence across the spectrum: on the teaching of the Irish language; on energy policy; on planning issues; on a range of foreign policy matters; and much else besides.

As undermining the economy and the nation goes that's a fairly consistent track record.

But the Taoiseach needn't worry. As a citizen, a taxpayer and an employer I don't need pep talks from politicians who have mis-managed our country into disaster. I don't need to be told about the consequences of actions - verbal or otherwise - because I deal with them all the time. And I certainly don't need 'leadership' or 'vision' from people who plainly lack either. What I need, along with my fellow citizens, is for the people who created this mess to get out of the way so that we can get on with our lives and get on with making a better future for our country, for ourselves and for our children.

The sooner he concedes that the better.
Posted by Gerard O'Neill at Friday, November 27, 2009