Too Clever By Half 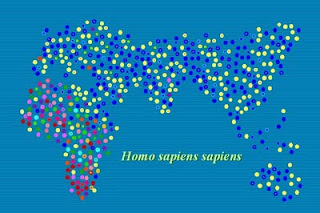 Is race and intelligence the last taboo? Not any more, at least judging by the inconsequential ramblings of Channel 4's recent documentary on same. It pointed out the well established finding that European whites have, on average, a higher IQ than African blacks, but a lower IQ, on average, than East Asians. Which sort-of-suggests to me that IQ might not be that big a deal as it was the in-betweenie Europeans who built Western Civilisation. I guess there were a few other factors at play? And what about the Irish, apparently we have an average IQ below that of the rest of Europe, but we've done alright for ourselves. Okay, until fairly recently anyway.

Channel 4's documentary did make some attempt to explore the perennial problem of clarifying what it is that IQ tests measure. As the New Scientist reminds us, there is more to cognitive competence than IQ alone: George Bush has an IQ of 120 but some how he never did convince most people he was a man who had complete mastery of his brief.

But I did chuckle at Channel 4's Rageh Omaar as he tiptoed gently around the one remaining taboo he was definitely not going to talk about, namely the role of family structures in children's educational success (including higher IQs). As he went from one American expert to the next we learned that children - including black children - from 'middle class' type families (their phrase not mine) were more likely to do well at school, and get the kind of jobs associated with cognitive skills. 'Middle Class Type Families' - you understand - is now the politically correct code phrase for families where children are raised by both their married, biological parents. And with two thirds of all black households headed by a single parent (nearly three times the white rate and twice the Hispanic rate) then it is obvious whom Rageh and others feel are lacking in 'middle class' virtues. All of which is terribly insulting, of course, to black and white working class families that manage to practice the seemingly borgeoise habit of marrying and having children together. Though at least China and Russia have no qualms calling for a middle class future for all their citizens.

But it seems some taboos are easier to talk about than others. Race and intelligence - no problem. Families and marriage - what, are you trying to cause trouble?
Posted by Gerard O'Neill at Monday, November 02, 2009