Tie Ulysses to the mast 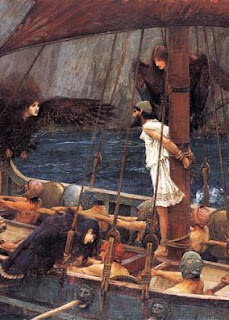 The Government's negotiators need to put wax in their ears. The public sector pay debacle is a classic example of conflicting time preferences. On the one hand there is the short term promise of no public sector strikes if the government cuts a deal on unpaid leave. On the other, there's the long term need to secure fundamental, structural changes to public sector pay arrangements that will undoubtedly entail serious industrial conflict. Fragile peace at a price now or secure peace at a cost in the future?

After all, no one likes to wait. And the only thing worse than waiting is waiting with uncertainty. A team at Emory University examined what happened when people waited for an impending electrical shock. Some people dreaded the shock so deeply that they chose to receive a more powerful shock earlier rather than wait for a lesser shock to arrive at a later, random time.

One of the key jobs of the human brain is to simulate the future, and the less information it has to work with, the more anxious it becomes. Pinning things down in time makes waiting less troubling. With a clear idea about the order and timescale of events, people are more patient and less anxious.

Doing a deal on unpaid leave has the attraction of getting the shock over with, or so it might seem. But there's a bigger problem, as Eagleman points out:

It’s simply that the present holds more sway than the future. Recently, researchers used brain imaging to monitor people making money-now-or-more-later decisions, and they discovered that the neural networks involved in short- and long-term decision-making are fundamentally separate. In situations of choice, the two systems are often locked in battle against one another.

... People manage the influence of the short-term systems by proactively binding their future options. We see this when a person in good health signs an advance medical directive to pull the plug in the event of a coma, when an alcoholic rids the house of drink to avoid future temptation, or when a person socks money into a Christmas account to keep himself from spending it before December.

Such deals with oneself are what philosophers call Ulysses contracts, after the hero who decided in advance to lash himself to a mast to resist the sirens’ song. The present, calm Ulysses was negotiating with his future, more emotional self.

I think that is part of the extraordinary anger that we witnessed earlier this week in response to the government's apparent capitulation to the public sector unions on unpaid leave. The people of Ireland have in their own minds made a Ulysses Pact with themselves - we'll take the pain in the form of taxes, pay cuts, NAMA and the like so long as there's a binding commitment to secure the benefits from same for all the people in the future.

That anger seems to have caused the government to rethink its stance. Just in time: we're getting very close to the island of the Sirens. Put wax in your ears and tie Ulysses to the mast. And ignore, if you can, their haunting music ...