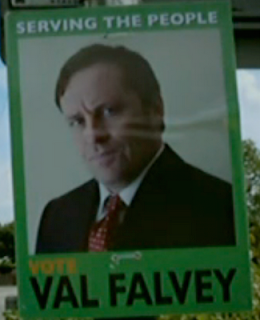 Which brings us to last night's extraordinary capitulation by Brian Cowen TD at the negotiations on public sector pay. There is now only one logical outcome: the taxpayers of Ireland will be screwed even more than was planned already. Not that logic has ever played much part in Irish politicians' dealings with the public sector. Val Falvey TD would have done a better job.

You heard it here first: Val Falvey TD for Taoiseach.


(You can catch up with the first two episodes on RTE Player by the way).
Posted by Gerard O'Neill at Wednesday, December 02, 2009