The Calm before The Calm 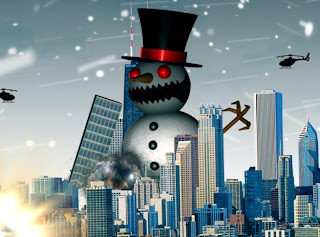 A few thoughts now that snowmageddon has been averted. Despite a media-hyped panic (followed by media speculation about why we were all so panicked!), I didn’t actually witness much panicking. Instead I witnessed neighbours helping neighbours, most people (and their families) enjoying the ‘change of scenery’, and local communities fixing local problems.

The last one is important. Dun Laoghaire Rathdown County Council did an excellent job keeping main roads and side roads open where I live. Many, many householders took on the task of keeping paths clear as well. And none of this involved central government. In fact, every time central government got involved (school closure announcements, for example), they just made things worse.

So what does this tell us? Firstly it tells us that we live remarkably privileged lives here in Ireland. Nobody died from the weather. Those at risk got looked after: by their families, neighbours or local emergency services. The media hyped it up but that just made it exciting: like watching a scary movie in the safety of your snug, warm home.

Secondly, people got on with their lives without any help from central government - because they didn't need any (and none was forthcoming anyway, come to think of it). Our research last month for the National Consumer Agency showed that two thirds of adults (67%) agree "despite the recession I feel I am enjoying life as much as ever". Same goes for the snow I reckon.

Daniel Bell once famously observed that in the future the nation state will be ‘too small for the big things in life and too big for the small things’. His forecast appears to be coming to pass with a vengeance here in Ireland.
Posted by Gerard O'Neill at Tuesday, January 12, 2010