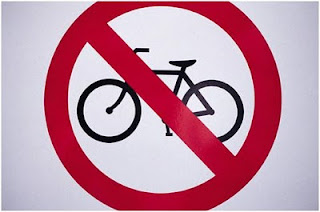 The word freedom is no longer understood in Ireland. We have no experience of the thing, and we have almost lost our conception of the idea. So completely is this true that the very organisations which exist in Ireland to champion freedom show no disposition themselves to accord freedom: they challenge a great tyranny, but they erect their little tyrannies. "Thou shalt not" is half the law of Ireland, and the other half is "Thou must."
P. H. Pearse*

I wonder is there a deep, dark flaw in the Irish psyche that makes us behave so cravenly before authority? Some atavistic throw-back to colonialism, and therefore the fault of You-Know-Who? It takes a lot for me to give up hope, but yesterday, driving behind a car travelling at less than 30 kph on a nearly empty Dublin city street, did just that. The driver in front was, of course, making sure she did not exceed the new speed limit, and just to be doubly-sure she was driving at closer to 20 kph. Ferdinand von Prondzynski had a similar experience.

The new speed limit is, you understand, designed by a species of superior intelligence - called politicians - for our own good. In the press release accompanying the changes, Dublin City Council even claims to have science on its side:

A review of accident statistics for the Dublin City area for the period 1998 – 2007 reveals that 47% of fatalities and 24% of injured persons were pedestrians. Research indicates that the percentage of pedestrians killed when in a collision with a vehicle travelling at 50 kph is 45 % but reduces to 5% when the vehicle speed is 30 kph.

I find this wording somewhat curious. Firstly, we are given percentages not numbers (are we taking dozens of fatalities or thousands?), then it refers to 'research indicates' - in other words, it isn't DCC's research, it's someone elses. Okay, it is just a press release, so I went to their website to get hold of the review. I wanted to examine the supporting data and analyses that our moral and intellectual superiors had drawn upon before handing down their decision from Olympus-on-the-Liffey. And I found it. There's even a handy link on the DCC website to the full report on the new speed limits. It's a pdf, but be careful about your download limits. Especially as it's all of one-page-long ...

That's right: the daily lives of tens of thousands of Dublin city drivers are being made miserable by people who can't even be bothered providing the statistical evidence to justify their decision. Of course this isn't about science - or safety for that matter - it's about ideology. An ideology that wallows in an anti-Millsean ethos of 'the greatest misery of the greatest number'. And yet more evidence of the 'tyranny of experts' that we now suffer under, and not just in Ireland.

After all, if we were being logical about this, then we would ban cars completely from our roads and cities. Read the data above: 5% of pedestrians in collision with a vehicle travelling at 30 kph are killed. So what are our Olympian politicians saying: 'feck the 5%'? Surely a case for the next surviving victim of a road accident in our capital city to take the Council to court for its negligence? Such are the logical cul-de-sacs you end up in when politics is no longer occupied by the historic struggle between the champions-of-freedom and the champions-of-equality, but instead has been reduced to a sad, bureaucratic exercise in risk management. By so-called experts who, when the evidence shows that their laws don't work, simply refuse to reverse them.

But I have a simple suggestion for Dublin City Council. Inspired by Theodore Dalrymple's 'suggestion' to ban lampshades, why not go the whole hog and ensure that no cyclists or pedestrians are ever again threatened by the risk of motor accidents: and ban all pedestrians and cyclists from the city centre? After all, the majority of people travelling into the city do so by car (and there are even statistics to support this). It might not go down too well with those of a NIMBY (no-incinerator-in-my-back-yard) disposition, but I have a feeling it might actually be more popular than the current policy.

Luckily we still get to elect the people who dream up these policies, and I'm sure the car drivers of Dublin will use the next opportunity to let the 'experts' know what they think of them. So long, of course, as the experts continue to think it wise to let us do such a risky thing as actually choose our own government.


* for our younger readers, Pearse was the best Minister for Education we never had, see: The Murder Machine