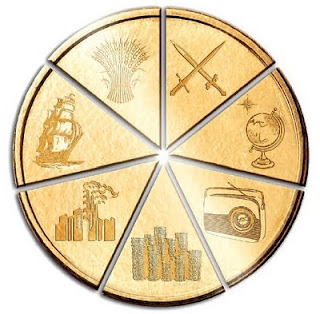 The trouble in Greece has everyone worried about the future of the euro. Me too. Still, maybe we need a little perspective: the euro is a teenage currency after all, and we all know how troublesome teenagers can be for their anxious parents. So perhaps the euro will muddle through and settle into a more mature adulthood like most teenagers? Sadly, somehow, I doubt it. It may be time to call in the social services and plan for a very different future to that intended by the proud parents.

What might that future be? Most assume a collapse of the euro and a return to the status quo ante or some variation on same. But in the midst of a global financial crisis with several more acts to follow (sovereign defaults, demise of the dollar as a reserve currency, floating of the renminbi etc) there may be a window of opportunity to go a different direction entirely. Perhaps we need a new global reserve currency, say: the Terra?

I meant to go to the Long Finance conference in London a few weeks back, but day job priorities prevented me. Fortunately the organisers have uploaded all the presentations to the Long Finance website - well worth a visit. Some of my intellectual heroes - Stewart Brand and Brian Eno - were participants. One of the most interesting presentations was by Bernard Lietaer who explains the idea of of a 'Trade Reference Currency' (TRC) to be called the Terra thus:

This TRC would be designed to provide three additional benefits: an inflation-resistant international standard of value, stabilization of the business cycle, and the realignment of stockholder’s interests with long-term sustainability.

This new Trade Reference Currency – whose unit of account could be called the ‘Terra’ - would be backed by a standard basket of the most important commodities and services traded in the global market (e.g. oil, wheat, copper, etc., and some standardizable services like international freight or telecom units.) Terras would be issued by a Terra Alliance as electronic inventory receipts for commodities sold to it by producers.

The cost of storage of the physical commodities would be paid by the bearer of the Terra (estimated at 3.5-4% per annum). This makes the Terra a 'demurrage' currency, which encourages its use as a contractual, planning and trading device, not as a store of value.

The idea of demurrage is fascinating as it is a form of negative interest rate (the storage cost), which would be deliberately designed to incentivise its use to fund long term investments. Lietaer doesn't see the Terra replacing other currencies - but possibly assuming a global reserve 'currency' (or unit of account) status. His and the ideas of the other contributors (e.g.: on long housing finance) - and especially Malcolm Cooper's paper on a long finance view of history - are fascinating.

As the Greek drama unfolds (and mostly likely expands) it would be wise to take a longer term view of the options for the eurozone (and the rest of the global economy) in the decades ahead. And we better not leave it too late: the recent BIS paper on The Future of Public Debt makes it clear that we are not merely experiencing temporary turbulence, but rather we are only at the start of a wrenching series of changes that will be forced upon us. If ever there was a time for long term thinking it is right now. Even if this is something teenagers rarely do.
Posted by Gerard O'Neill at Wednesday, February 17, 2010