Lots of Work, No Jobs 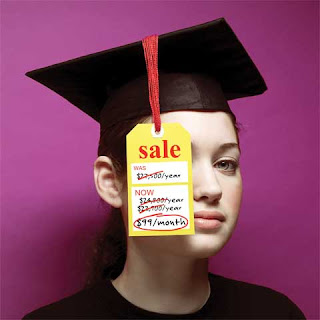 My company has just hired a number of graduates. I normally find the experience quite inspiring but this time I found it rather depressing. Not on account of the quality of candidates - which was as good if not better than previous years - but because of the quality of people we couldn't hire as we simply don't have enough jobs. I found it sad to see so many highly qualified, ambitious young Irishmen and women, who in any normal economy would be weighing up several job offers, but who instead are going for months without jobs to apply for let alone job offers. Sure it has always been like that - there are always more candidates than jobs on offer - but I have never before wondered what will become of so many able, qualified graduates: in the past there were always jobs for them somewhere even if we didn't have jobs for them. But not any more.

I think we can - we must - do better by the 2016 Generation. For starters there is lots of work to be done, but not enough jobs right now. The main constraints are customers, capital and cash flow. The last of these can be helped by lowering wages costs (though I suspect much of this has happened already in businesses that needed to do so). And frankly most graduates understand the importance of gaining experience in order to secure higher salaries. In terms of customers, once again there are lots of people with needs to meet (businesses and consumers) but limited means (budgets/incomes) for doing so. Lower prices can help to close at least part of the gap, which companies can afford if their costs are falling (as many are). Which leaves capital. But instead of ensuring the optimum flow of capital to businesses ambitious to hire and expand we get Anglo Zombie Bank, the biggest beneficiary of NAMA as it happens so far.

Of course, our graduates are a form of capital - human capital - the most important capital of all. But I wonder what will happen if the return on investment in third level education continues to provide such low returns to students, and to their parents who invariably fund much of it (directly and indirectly)? This is already happening in the United States:

In recent years, Americans have grown accustomed to living amid the smoking wreckage of various once-proud industries—automakers bankrupt, brand-name Wall Street banks in ruins, newspapers dying by the dozen. It’s tempting in such circumstances to take comfort in the seeming permanency of our colleges and universities, in the notion that our world-beating higher education system will reliably produce research and knowledge workers for decades to come. But this is an illusion. Colleges are caught in the same kind of debt-fueled price spiral that just blew up the real estate market. They’re also in the information business in a time when technology is driving down the cost of selling information to record, destabilizing lows.

I hope not. In fact, most of the young people I've met are quite sanguine about their situation and about the state of the nation generally, but I feel it won't be long before they turn angry at our country's profligate waste of an entire generation. I am there already.
Posted by Gerard O'Neill at Wednesday, February 24, 2010