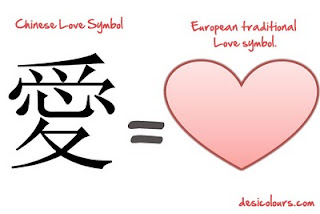 On the double-day that's in it, here's one guide to love Chinese-style (ht Steve Sailer). It's aimed at what the Chinese call the 'leftovers': men and women in the thirties who just didn't get around to marrying in their twenties. The Chinese are nothing if unsentimental about this sort of stuff. More Confucius than St Valentine to be sure. Still, if you're a guy with an Audi A6 there's hope yet ...

But if you're a single, Chinese male you had better hurry up: a surplus 24 million men will reach marriageable age by 2020 in China who will never marry thanks to China's one child policy and sex selective abortions which have led to a deficit in young women. One of those unforeseen consequences the rest of us may have to deal with in the decades ahead. And what if these men decide not to bother with China's rush to growth, becoming instead a generation of slackers and ladylike herbivores like their Japanese counterparts? Might a Chinese collapse be the biggest wild card shaping our future?

But enough already with the doom and gloom. 情人节快乐 - happy Valentine's day.
Posted by Gerard O'Neill at Sunday, February 14, 2010