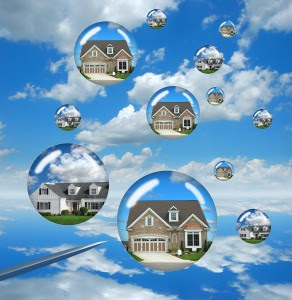 Do you remember where you were three years ago today: Wednesday, 21st February 2007? No, me neither. The main story on the cover of The Irish Times that day concerned a possible referendum on children’s rights, alongside a photograph of Ian Paisley flipping pancakes. And yet it was a momentous day in the history of Ireland, and in all of our lives as it turned out. Still can’t remember?

It was the day the ISEQ index, which tracks the value of shares on the Irish Stock Exchange, briefly surpassed the 10,000 mark, valuing all Irish shares combined at over €127 billion. Irish banks alone were worth nearly €60 billion at their peak. The ISEQ had never before risen so high in over 200 years; nor has it ever risen as high again since that early spring day just three years ago. But February 2007 didn’t just mark the peak in Irish shares; it also marked the peak in Irish house prices, which means that February 2007 was the month our wealth as a nation peaked. Perhaps it’s coming back to you now?

Of course, not every share - and not every property - has experienced the same fall from the peak. Some properties in Kildare have actually fallen much, much further it seems. Same goes for some banks, come to think of it. Somehow I don't expect we'll recover all the lost ground in the next three years, unfortunately.

Unhappy anniversary everyone.
Posted by Gerard O'Neill at Sunday, February 21, 2010