The Commanding Pits of the Economy 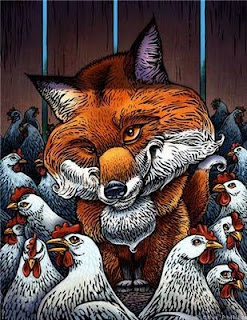 The dream of every socialist in my youth was to seize the commanding heights of the economy: with the banks numbered amongst the highest peaks. With the Government on track to own most of the country's financial institutions (via the mysterious SPV) we will soon realise that dream. But be careful what you wish for: the commanding heights are looking more and more like tar pits.

Take Anglo Irish Bank and their results for 2009 published today. Remember, the idea is that all that NAMA money you, your children and your grand children will be repaying is to help the banks get back to the business of lending. Or maybe not - this from page 8 of Anglo's main report:

During 2009 the Bank entered into a Subscription Agreement with the Irish Government, which in line with EC guidance requires that all new lending is solely to the Bank’s existing customer base, confined to amounts which were previously committed or approved to protect asset quality and is aimed at reducing overall risk to the Bank. Included in lending balances is an amount of €1.2 billion of interest capitalised during the period. The Bank’s Credit Policy has recently been revised to significantly restrict interest roll-up facilities going forward. Interest on loans and advances to customers includes margin interest and arrangement fees amortised over the expected lives of the related loans and has reduced materially during the period reflecting the increase in the portion of the loan book transferring to impaired loans.

So there you have it: the bank that's going to cost us northwards of another €18 billion to 'save', isn't actually lending, and the lending 'increase' they report is entirely the result of capitalising interest on unpaid loans (plus the fees they paid themselves). Alan Dukes, Anglo's new chairman argues that closing Anglo rather than saving it would cost over €20 billion. It's sort of getting to the point where closure looks like the more financially prudent option, don't you think?

I have a modest proposal. Inspired by my favourite Wall Street insider - the Epicurean Dealmaker - I suggest we put the fox in charge of the hen house. He has made the same suggestion himself in relation to sorting out the American banks that have cost the US taxpayer so much. I'll let him explain it in his, er, usual robust fashion:

Now Dick Fuld, at least in his prime, was a forceful and scary man. It takes a certain kind of personality to tell such a man to go fuck himself to his face. Fortunately, we just happen to have a substantial supply of brass-balled, take-no-prisoners, kill-'em-all-and-let-God-sort-'em-out people ready to hand. By happy coincidence, these individuals also happen to be intimately familiar with the ins and outs of the global financial system, the nature and construction of the myriad securities and engineered products polluting financial markets, and the numberless tricks and stratagems large financial institutions use to end-run rules and regulations designed to keep them in check.

These people are called investment bankers.

That's right, boys and girls: It's time for the chickens to band together and hire themselves some foxes to guard the chicken coop.

So here's a thought. Why not put together the meanest, greediest, most voracious team of investment bankers from around the world - a kind of financial SWAT team. Then make them a offer: we'll let you keep 25% of the difference between what we think it will cost to close Anglo - say €20 billion, all in, with no nasty aftershocks - and what you, the SWAT team, can close it for. So long, obviously, as the closing price is below €20 billion. That's right: if you can close it for €16 billion then you will walk away with €1 billion in fees. Hell, if you can close it for €10 billion we might even round it up to €3 billion as an incentive. Tax free.

I suspect they would be queuing at the door of the Department of Finance for that deal. Sure, maybe I'm only dreaming, but then, so were the socialists of my youth.
Posted by Gerard O'Neill at Wednesday, March 31, 2010