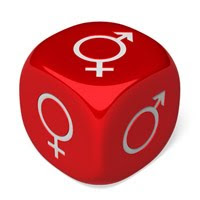 Men appear to be having a better recession than women, emotionally-speaking that is. It's one of those curious things that keeps popping up in the surveys and other research I'm involved in. Maeve Sheehan in the Sunday Independent picked up on this when reviewing my company's most recent recovery indicator findings. And it's despite the shockingly unequal burden carried by Irishmen in terms of unemployment.

I am confident that the future will be better for men (from an economic perspective) than is generally assumed by many forecasters. Also I am constantly amazed that nobody is pointing out that the government's Smart Economy strategy is better suited for men than for women: after all, it means a lot of new jobs in IT, energy and engineering - categories in which men still make up the majority of graduates and job holders.

Maybe that's why Irishmen are feeling chirpier about the future?
Posted by Gerard O'Neill at Tuesday, March 02, 2010