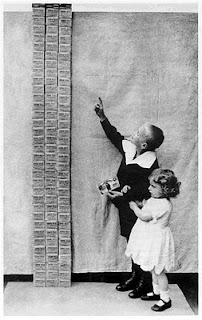 We are in a race between innovation and inflation, one that will determine the future standard of living of this generation and the next. "What inflation?" you might well ask. Ireland will be the only EU country to experience deflation this year. But inflation is coming, and it will come from two sources: oil and an ageing population.

Oil-fuelled inflation will hit us sooner. Jim Hamilton is worried that we are heading for a re-run of the 2007-08 price spike because global oil demand has become noticeably less sensitive to price thanks to continuing growth in the BRIC economies. With the global economy coming out of recession then we may quickly re-visit some of the same pressures that drove oil prices to their June 2008 high of $145 a barrel. Others go further and argue that we are entering a new era of competition between OECD and non-OECD countries for a static (and soon diminishing) supply of oil to fuel their economies. Couple this with the long-term fallout from the financial crisis (especially chronic under-investment in oil exploration and the development of new supplies) then governments (especially the UK's) will have no choice but to inflate their way out of a growing debt crisis. Like I've said before, when it becomes easier to print money than to find oil then there is only one direction that the oil price is going to go in the long run.

What about the longer-term pressure from age-related inflation? That surely seems improbable when you look at the deflationary experiences of ageing economies such as Japan. However Andy Xie takes a deeply pessimistic look at the inflationary consequences of ageing with reference to Japan as a precursor to where Europe will rapidly follow and observes that:

An economy ages in many ways. The most common are tied to the exhaustion of factors such as production-labor, capital and resources. When an economy begins to develop, labor is the abundant resource. Hence, it makes sense to develop labor-intensive industries. When labor surplus is exhausted, it makes sense to develop capital intensive industries. When capital stock is high enough, investment cannot drive growth anymore. Economists call it diminishing returns, or more of the same yields less output.

Aging has disastrous consequences for asset prices. Property, for example, must be a permanent bear market. Declining population means declining demand for property. As property is a long-lasting asset, permanent surplus is likely, exerting a constant downward pressure on property prices. Japan's property prices have been declining at about 7 percent per annum for nearly two decades. The rental yield happens to be similar to the price decline.

... An aged economy is a stagnant economy. Hence, corporate profits are likely to be stagnant. Without growth, stocks should be very cheap, say, around 10 times earnings and 5 percent dividend yields. Japan's stocks were trading at above 70 times earnings at their peak. They have been falling for two decades.

And the outcome of all this?

Aging is supposed to be deflationary. Japan's experience supports that theory. However, deflation is possible only because governments can borrow to cover the cost of aging. When debt is unsustainably high, inflation is inevitable. Inflation is a form of reneging on promised benefits. I'm afraid the world is heading that way.

Hence a 'perfect storm' of rapidly rising oil prices coupled with sovereign debt crises will lead us to Weimar-style hyperinflation in affected countries. But then again, maybe not ...

This is where innovation comes in. As the latest Clean Energy Trends 2010 report makes clear, innovation drives down prices. Innovation is fundamentally a force for deflation. Think about the price of your mobile phone or of a sub-prime mortgage (okay, maybe not that one). Innovation is a perfect antidote for inflation, and not just in the energy sector. Just take a look at what has happened to solar energy in recent times according to the report:

Traditionally, a doubling of global PV manufacturing capacity has resulted in roughly a 20 percent price decline. But about five years ago, this pattern was interrupted as shortages in production of polysilicon – the key ingredient of most solar panels – sent prices of the material skyrocketing from around $30 per kilogram in 2004 to more than $400 per kilogram in 2008. This drove demand for alternative products like thin-film and CIGS PV, which can produce electricity with little or no processed silicon, although usually at lower levels of efficiency. Led by companies like First Solar, thin-film cells soon became the cheapest form of solar and can now be made for as little as $1 per peak watt.

... Cheaper silicon – along with increased production capacity, declining demand growth, and price competition – led to a 30 to 50 percent drop in crystalline silicon module prices during 2009. Another major factor was the emergence of China as a leading PV cell manufacturer, bringing a vast amount of low-cost production online.

And that's just in one renewable energy sector. Innovation also drives non-renewable energy output as well of course: it makes previously non-viable oil and gas reserves accessible (technically and economically) and so output is maintained or even increased. Energy innovation can and will play a key role in mitigating the otherwise inflationary prospects for energy prices in the months and years ahead.

But what about age-related inflation? Here again innovation can play a part. Firstly, although employee productivity does decline with age, the decline is modest and - coupled with productivity-enhancing technologies - entirely avoidable and even reversible. The potential to arrest and even reverse the productivity-depleting consequences of ageing could be revolutionary. As Andy Xie points out:

Think of it as the productivity equivalent of botox. Although neither 'ageing' nor 'demography' are mentioned in the recent Innovation Taskforce report (nor is 'inflation' nor 'deflation' for that matter), innovation will be the key to deflating the inflationary pressures Ireland will face in the years and decades ahead.

My money is on innovation to win the race.
Posted by Gerard O'Neill at Tuesday, March 16, 2010