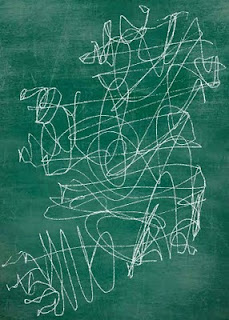 Like the proverbial bus, long-awaited, not one but three sets of long-term forecasts for Ireland have come along at the same time. The most recent is the Innovation Taskforce report which asserts that:

... the implementation of the recommendations in the Report, supported by a favourable economic context, has the potential to contribute to net job creation in high-tech firms of the order of between 117,000 and 215,000 between now and 2020.

Only a few days previously the IDA had gone one better by setting out a strategy for FDI that could create 105,000 new jobs by 2014. All this, by the way, on top of the 80,000 green jobs the green economy could create - apparently - in the next few years according to a report last December. Pretty soon we're going to have to send Fás to South Africa and further afield to fill all those vacancies again ...

But maybe not. The third report that has come along recently is the Fás/ESRI Occupational Forecasts report for 2015. Sure enough they forecast a net increase in employment (250,000) between 2010 and 2015, though that won't be enough to restore job levels to 2008 levels. Moreover, most of the employment increases they foresee are in categories such as health (including caring), education, and clerical work. Not to forget a growing number of, er, clergy (no, I don't know why neither). All of this is forecast to be beneficial to women and those with third level qualifications (both of whom will see significant increases in their labour force shares as the shares - and numbers - of male/non-3rd level qualified workers decline). But there's very little evidence of high-tech manufacturing, green and/or R&D type jobs.

None of this is to detract from some of the good ideas and thinking in the IDA and Innovation Taskforce reports, but I find this obsession with job creation projections on the back of one strategy or another to be quite bizarre. Jobs are an outcome from economic activity: not its purpose. And another thing: innovation is not the same as entrepreneurship (nor patents for that matter): yet that seems to be the predominant mindset of much of thinking that imbues the Taskforce report especially. Like I've said before, most successful entrepreneurs are not innovators, they are followers. Sometimes the 'smart economy' think to do is to learn from other people's (very expensive) mistakes and then avoid them.

Nor do I think the general public actually believe these forecasts, projections and aspirations. At least not in the sense intended, i.e.: 'the plan will save us'. The Irish people don't want plans, they want a timetable and the hopeful certainty such a timetable would provide in terms of knowing when the misery will be over.