Men and Other Minorities 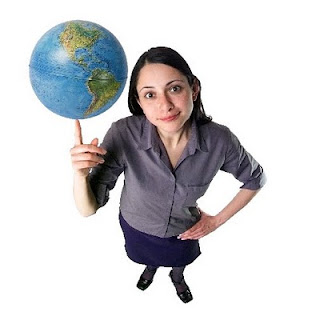 A happy International Women's Day to both my female-gendered readers. Naturally I am delighted to have this opportunity to celebrate the triumphant success of our overlords ('overladies' doesn't quite have the same ring about it, does it?) As a member of a minority group, I realise the importance of keeping on the good side of the dominant majority - I'm sure you do too.
But what's all this, you protest? Aren't men the overlords, aren't men the dominant abusers of their majority status? Aren't men the exclusive source of all the misery visited upon womankind? No doubt if you have been reading the celebratory build up to today, you will have been convinced about the terrible suffering women continue to endure because of the patriarchy and its institutionalised sexual discrimination.
But here's the thing: women make up the majority of the electorate in every democracy (and have done since they got the vote); they make up the majority of the workforce in some countries (and soon will here in Ireland); and they even make up the majority of parents thanks to the explosion of single mother families in most western societies. They also receive the greater part of social welfare transfers (though men continue to pay the greater part of the taxes), as well as being the main beneficiaries from state spending on education (especially third level) and health (even excluding maternity related services). In the case of the latter, by the way, Ireland has the lowest maternal mortality rate in the world, thanks to all those patriarchal investments in maternity hospitals, inventions of antibiotics and such like as well as the taxes paid by fathers (the largest group of men in the workforce) to fund it all.
Now you might think - from the perspective of the suffragettes of the early twentieth century - that this would amount to a case of 'job done' when it comes to equality between women and men. But no, apparently there's more to be done. Take, for example, the Women's Charter that the European Commission has decided in its wisdom to impose upon us. This from the introduction:

Europe has made remarkable progress towards equality between men and women during the past decades: it has taken commitment to heart, put partnership into action, and combined its resources and instruments – legal, political and financial – to bring about change. Today, more girls than boys graduate from universities.

Yep, you read that right. Some 'equalities' are more equal than others - but like I've said before, there's majorities and minorities, and then there's manorities. The Charter's goals include the following:
- promote equal economic independence, through more equality in the labour market;
- cut the gender pay gap significantly during the mandate of this Commission;
- see a better representation of women in key decision-making roles;
- promote dignity, integrity and eradicate all forms of violence against women;
- and finally promote more gender equality beyond the EU at an international level.

Who could possibly object? But let's look at each of these in more detail. 'Equal economic independence' - what does that mean? Ironically it means that the feminist agenda now driving so much of this stuff has decided that it is better for women to be wage slaves than to be domestic servants. Germaine Greer calls women who don't work 'parasites'. So much for giving women more choice ...
Then there's the mythical 'gender pay gap' - the lie that refuses to die. Despite exhaustive economic and statistical analyses showing that almost all of the pay gap is due to the fact that people with more job experience get paid more than people with less, the gap is somehow taken as a totem measure of discrimination against women in the workforce. It isn't, rather it reflects two things: women have babies (and prefer to spend some time with them rather than in an office cubicle), and women prefer to work part time (out of choice). Less time in work means less experience means less pay on average. That's why older people are paid more than younger people - but nobody frets about the the 'age pay gap' oddly enough.
On the matter of representation we keep bumping up against another awkward fact: if women wanted more women running the country they simply have to stand for election and garner the support of the female majority in the electorate. But oddly enough they don't - possibly because women don't consider a candidate's gender to be more important than his or her track record and policy proposals.

Then there's the issue of violence against women. The Women's Charter has this to say:

Europe does not tolerate gender-based violence. We will step up efforts to eradicate all forms of violence and to provide support for those affected. We will put in place a comprehensive and effective policy framework to combat gender-based violence. We will strengthen our action to eradicate female genital mutilation and other acts of violence, including by means of criminal law, within the limits of our powers.

Violence against anybody is disgusting, though why women are singled out for special attention is beyond me: men are vastly more likely to be attacked, mugged and murdered than women. They also make up 93% of prisoners, and are far more likely to commit suicide than women. But there is one special instance of violence against women that deserves special attention, and that is the practice of gender-eugenic abortion. As The Economist points out this week, there is a worldwide Gendercide taking place right now that has so far claimed the lives of nearly 100 million females: we're speaking about the use of ultrascans to determine a fetus' gender and then the sex selective abortion of females.
Now you might think this is the kind of widespread, sexist, patriarchal horror that would (understandably) vex European feminists and lead to demands for the European Union to ban the export of ultrascans to countries practicing gendercide against females. But don't hold your breath. The EU would rather condemn (quite rightly) female circumcision, than tackle gender-eugenic abortions. Especially as they are allowed in one EU country already, namely that paragon of gender equality: Sweden. But then condemning a woman for having an abortion on the grounds of the gender of the fetus does leave you rather vulnerable to a wider debate about precisely what grounds are appropriate for abortion. Something the European Commission wisely avoids (don't want to upset the sisters) - and so abortion isn't even mentioned in the Women's Charter.
In the final analysis, feminism is a political ideology that has made remarkable progress in recent decades with its agenda for the social engineering of the family and wider society. It is not an ideology committed to freedom or equality: how could it be in the case of the former with its disgust for women who do not have jobs, or in the case of the latter with its total silence about gender-eugenic abortions. Rather the purpose of feminist ideology, like all ideologies, is to secure political power and to wield that power to their advantage and to the detriment of their 'enemies'. And they seem to be doing a good job, to their credit.
Maybe it's time for an International Men's Day?
Posted by Gerard O'Neill at Monday, March 08, 2010