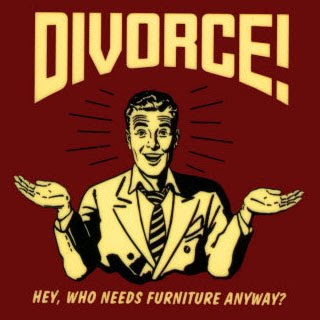 Finally, finally there's a dawning realisation about the society-wide consequences of the Civil Partnership Bill. Just a month or so before it becomes law. I've only been shouting about it since last August. Still, better late than never... Even the Irish Times is starting to fret about potential, unforeseen consequences.

But I'm still perplexed about the rationale for the bill: those in favour seem to be saying that we need a legal arrangement that protects people in long term relationships who get left 'holding the baby' when their partners leave. Em, don't we have such an arrangement already? It's called marriage.

So the justifications for the cohabitation clauses in the bill are a diversion. What then is the real reason for the bill (aside from the same-sex couples issue which will only impact on a tiny minority of people)? I don't think it's just a cynical exercise in creating more work for lawyers (the Law Reform Commission who proposed the legislation would never do that surely). So what is it? My guess is that it's another measure of the increasingly misandryst culture in Ireland and elsewhere which wishes to reduce men to an inferior status in society. Feminism is no longer about equality, it's about payback. For as night follows day, the one left holding the baby will be a woman, and the vast majority of those seeking to end long-term, cohabiting relationships will be... women.

Right now the only way to get alimony is through matrimony. The Civil Partnership Bill and its sponsors are hoping to remove that inconvenience.
Posted by Gerard O'Neill at Wednesday, April 07, 2010