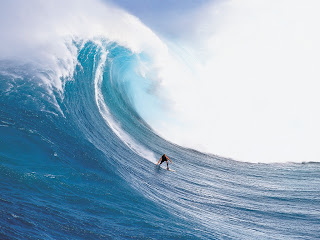 We are much more vulnerable now than we were during the Second World War. When I grew up we had the skills to be self-sufficient; we made our own clothes and fished, we never felt poor. Now you don’t need a nuclear bomb to finish off a country; you just cut the power off for a week. Harry Eyres

Will the internet save us from the next global disaster? That's the fascinating thesis put forward by David Eagleman. He has featured once or twice in previous posts - he's always guaranteed to challenge your thinking. David's talk at the Long Now Seminar series identifies six easy steps to avert the collapse of civilisation. A noble ambition. They range from 'trying not to cough on one another' to 'mitigating tyranny'. All his steps have one thing in common: the ubiquity of the internet and its capacity for distributed productivity, learning and knowledge storage.

Ultimately his is an optimistic take on future - as the internet of things (e.g.: tsunami detecting systems) merges with the internet of people (e.g.: twitter) then early warnings will get earlier. No more Pompeiis. That's the theory anyway.

But I think he's right. We can be 'strategically optimistic' about the future - to borrow a phrase from the Boston Consulting Group - because we now have the tools, knowledge and people to respond more effectively and more intelligently to the challenges we will face. Yes, our increasingly complex civilisation is more vulnerable because of its interconnectivity, as the quote at the top notes. But it is that richness of connection, and the redundancy that it affords in the event a sub-set of connections fail, that will ultimately enable us to avert collapse.
Liking using Skype when a volcano stops you flying.

No island is truly an island any more. Especially an advanced island economy like Ireland. Surf's up.
Posted by Gerard O'Neill at Monday, April 19, 2010