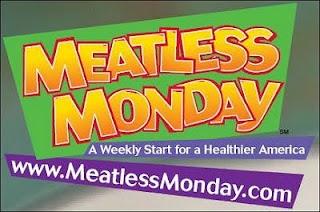 Really personal: from a recent post by Dan Ariely I learned that just 10% of premature deaths were caused by personal decisions back in 1900. Today it's reckoned to be nearer 45%. So these days, if you die young, then it's almost fifty/fifty that it's your own fault. Flip a coin even. Sobering stuff (though you shouldn't have been over the limit in the first place).

I guess we're going to spend a lot more time arguing about no-fault death in the future. I was reminded of this by an excellent broadcast by ABC's FutureTense on the theme of Meatless Monday. It's an idea that originated in the United States (now there's a surprise) and that is getting school kids to only eat vegetarian food for their lunches and dinners every Monday. For the sake of their health and the environment, of course. No ulterior motives there. Though I must say I'm beginning to feel sorry for both teachers and their students: they are the first call of every social engineering fantasy to make the world a better place. It's a wonder they have any time for teaching and learning...

But I'm not against people choosing whether or not to eat meat: some of the time or all of the time for that matter. I'm rather partial myself to the occasional insalata caprese washed down with a cool glass of Pinot Grigio. In moderation, of course: I don't want to be on the wrong side of that coin flip. And if rising costs of meat products mean that I and others eat less then so be it: just so long as I (and others) have the choice. Even if meat prices in Ireland are 21% higher than the EU average.

I find it hard to call the future for vegetarianism: the growth of a 'blame culture' in relation to premature deaths (or maybe any deaths) may well see a growing proportion of middle-aged and older adults opting for less meat diets. On the other hand, rising affluence in the BRIC and other fast growth economies will increase the demand for meat. And will undoubtedly force prices to rise substantially as food security issues worsen.

Better hope we don't end up with the Sunday roast marking the only day of the week we do eat meat.
Posted by Gerard O'Neill at Monday, June 28, 2010