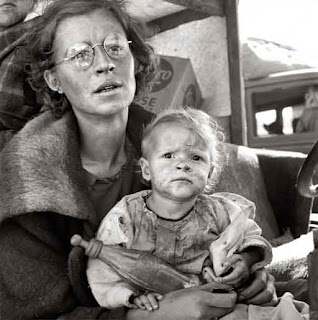 The folk at Elliot Wave International say that the growing panic about debt (consumer, bank and sovereign varieties combined) is about avoiding the onset of 'Type II Debtabetes'. Just as Ireland was once the poster child for economic development back in the 1990s - Prosperity's Child - now we find ourselves being lauded (or castigated by some) as Austerity's Child - showing the rest of the world how to respond to the debt crisis.

The castigators include Paul Krugman, who sees that a terrible ugliness is born. On the other hand, Megan McArdle points out that Ireland's austere path to recovery challenges the 'stimulate and hope' school of macroeconomics favoured by Krugman. Tyler Cowen probably calls it right: a small, open economy like Ireland doesn't have the same policy options as the US and other large economies, and has had to make the best of a situation with no easy way out. He's also right that we will just have to wait and see before meaningful, long term implications can be inferred about what works and what doesn't work.

But what interests me is the response of domestic economic commentators to the unfolding crisis, especially in recent times. There seems to be a lot of consensus on some key issues - such as the need to maintain/expand the government's capital spending commitments - as well as on the need for the government to change course on Anglo Irish Bank before it's too late (though it may already be just that). The key differences relate to taxation and current spending, unsurprisingly. The Left wants to increase the former (on high earners) and protect the latter (including public sector employment), borrowing the difference if necessary; the Right wants to rebalance taxation and reduce current spending (especially via public sector employment), avoiding additional borrowing where possible. I simplify of course.

But another odd consensus I see is in relation to the recovery itself. It seems to me nobody - Right or Left - wants to acknowledge any real improvement in any aspect of Ireland's economy. Every piece of 'good news' (and there have only been a few, quite recently at that) is greeted with a chorus of 'yes, buts'. Sure, some of this is down to a healthy scepticism along the lines of 'one swallow does not a summer make'. But I think there's more to it than that: I think there's a fear on the part of many that by acknowledging even a modest, albeit patchy level of improvement in the economy it will be tantamount to letting the government of the hook for getting us into this mess in the first place.

Which brings me back to Austerity's Child: if there is a recovery (and all recessions, even depressions, end in recovery) then who will get the credit? Success has many fathers... I don't doubt the government will be as keen to take credit for recovery as they were reluctant to acknowledge culpability for the recession. There part in any recovery will, of course, be greatly exaggerated relative to the real authors of recovery: business owners and their staff who have survived the crisis and then set about creating the jobs and wealth that will sustain economic growth in the future.