The Australians Are Coming 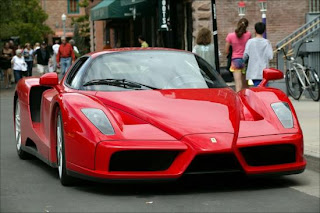 If foreign tourists are an indication of their respective countries economic fortunes then Australia must be booming and America is fully recovered from its recession. These two groups seem to make up the bulk of foreign tourists in Italy at the moment (or in Cinque Terre in Liguria, to be precise). And the Chinese aren't far behind (mostly in large, tour-guided groups - the Japanese tend to tour on their own/with their families these days).

Italy remains one of the most popular tourist destinations in the world - according to the OECD - and it's obvious why: culture, weather, lifestyle, food, wine etc. And their cars, of course. Though there is one less attractive feature: apparently Italian men are not the charmers of foreign women that they have still consider themselves to be. So say foreign women. And my wife agrees - or at least she says she does...

Another big surprise - in the five years since I last visited Italy - it has got a lot more expensive: eating out is now on a par with Dublin, and supermarket prices aren't too far behind. Maybe there's an idea for Tourism Ireland: invite the Aussies to continue on to Ireland, and enjoy the benefits of our newly deflated, lower priced economy?
Posted by Gerard O'Neill at Monday, August 02, 2010