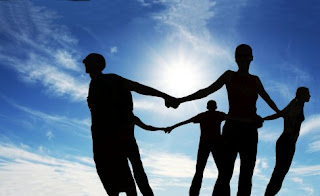 Nick Webb has written a two-part piece in the Sunday Independent on Ireland in 2020. I'm quoted a few times. I think Nick strikes the right balance between concern and optimism. Which isn't an easy thing to do these days. Indeed, if there is one thing scarcer than demand for Irish Government bonds right now it is optimism. And we need the latter even more than the former.

I recently read Matt Ridley's magnificent book The Rational Optimist - How Prosperity Evolves. It is a light in the darkness - for the world, not just for Ireland. Matt's overall theme is that the human propensity for trade - and the specialisation and innovation it gives rise to - has always and will always do more to alleviate human suffering and unleash human capabilities than any political programme or church dogma. He makes a compelling case for optimism even in these dark times (and yes, he was Chairman of Northern Rock when the lights started going out...)

What I found especially interesting about Matt's thesis was the extent to which every age has had its chorus of 'doom-and-gloomsters' warning that the end is nigh. He includes numerous quotations from those warning (from Socrates onwards) that 'if things keep on going the way they're going then we're all doomed'. But of course they don't go on the same way. The human capacity to change direction to a better path has seen us right so far.

Needless to say his book has incurred the ire of those - almost exclusively on the Left - who don't believe in a better future any more. Which is kind of sad. The labour and social democratic movements in Europe and America were founded by working class men who believe in progress towards a better future. But the hijacking of the same movement by environmental and feminist activists - united in their contempt for working class men as it happens - has turn the Left into a force of reaction. According to Fred Siegel it all started in the 1970s: such that nowadays the Greens are the New Gentry.

Matt also makes it clear that optimism is always and everywhere a minority taste. He has some interesting explanations for this: some of it may be down to the DRD4 serotonin transporter gene which is found in only 20% of the population which possibly endows them to be more optimistic than the other 80%. A bit deterministic I grant you. He also cites Gary Alexander - a self-styled 'recovering apocaholic' - who, like many, grew up expecting the world to end some time soon (nuclear war, avian/swine flu, pollution, climate change) only to realise it hadn't. And won't. We certainly need more people like Gary in our media.

But even optimists have to get down to details at some stage. Which is why I welcome Constantin Gurdgiev's initiative over at True Economics to start shaping a manifesto for radical change in Ireland to deliver a better future than the one we heading towards 'if things keep on going the way they're going'. As Constantin puts it: we face a stark choice between following the path we are on and which is leading to a decade of stagnation and failure, or of changing to a more radical, but for many uncomfortable path that will deliver real change and real progress. His manifesto gets my vote.

Apocaholics of the world unite: you have nothing to lose but your pessimism.
Posted by Gerard O'Neill at Sunday, August 29, 2010