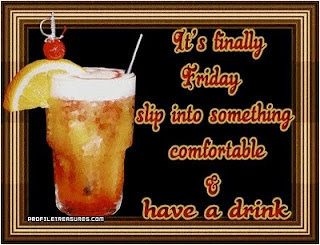 Here's somethng you won't read in an Irish Times editorial: drinking alcohol in moderation is better for you than excessive drinking (obviously) and abstention (less obviously). Specifically:

So there you go: eat, drink and be merry - for there's a better chance you'll see tomorrow.
Posted by Gerard O'Neill at Friday, September 03, 2010