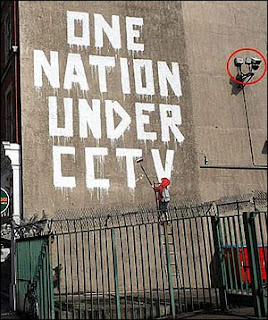 This week's Spiked! is a corker. Frank Ferudi observes about the vitriolic reaction by many to the Pope's visit to the UK that:

Indeed, anti-Catholic prejudice is one of the main themes of today’s increasingly conformist imagination. It has reached a level where anyone who doesn’t possess a strong feeling of animosity towards the pope and his visit is viewed as a hopeless apologist for the abusive authority of theocratic despots.

We've reached a curious point where the measure of one's liberal tolerance is the strength of one's intolerance. Liberal democracy is becoming increasingly illiberal it seems. Secular sectarianism is still sectarian, and just as ugly as the religious variety. As David Quinn points out in today's Independent, the new atheists are now on the same side as Ian Paisley! Must-be-some-mistake-surely?

Every belief system has its shadow-side. The shadow side of liberal humanism and the good things associated with the Enlightenment is its propensity to turn universalist values into uniform values. Kenneth Minogue observes it clearly (ht Let A Thousand Nations Bloom):

My concern with democracy is highly specific. It begins in observing the remarkable fact that, while democracy means a government accountable to the electorate, our rulers now make us accountable to them. Most Western governments hate me smoking, or eating the wrong kind of food, or hunting foxes, or drinking too much, and these are merely the surface disapprovals, the ones that provoke legislation or public campaigns. We also borrow too much money for our personal pleasures, and many of us are very bad parents. Ministers of state have been known to instruct us in elementary matters, such as the importance of reading stories to our children. Again, many of us have unsound views about people of other races, cultures, or religions, and the distribution of our friends does not always correspond, as governments think that it ought, to the cultural diversity of our society. We must face up to the grim fact that the rulers we elect are losing patience with us...

Some may forgive these intrusions because they are so well intentioned. Who would defend prejudice, debt, or excessive drinking? The point, however, is that our rulers have no business telling us how to live. They are tiresome enough in their exercise of authority—they are intolerable when they mount the pulpit. Nor should we be in any doubt that nationalizing the moral life is the first step towards totalitarianism.

The increasing illiberalism of modern societies, including Ireland (Stage 2 of the plan to deny us access to incandescent light bulbs kicked in this month), will exact a high price in the future. Universal uniformity didn't work especially well when Popes ruled Europe, and it won't work any better when the secular sectarians get their way.
Posted by Gerard O'Neill at Friday, September 17, 2010