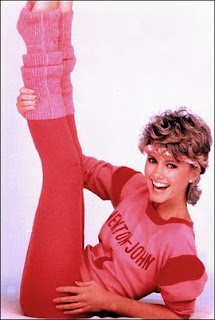 Sorry Olivia, I couldn't resist the pun. I've been reading Paul Ormerod's presentations on econophysics lately: it's a fascinating subject and one with real potential - just like behavioural economics - to fundamentally change our understanding of microeconomics in particular. Paul takes his cue from Hayek:

More and more economists are taking this to heart: hence the new fusions of behavioural psychology, neuroscience and even - gulp! - sociology that push the boundaries of the discipline. The RSA have just published an essay by Paul - N Squared: Public Policy and the Power of Networks - that links the world of behavioural economics - or Nudge - to that of econophysics: specifically the modelling of network effects. Paul is sceptical about the power of behavioural economics-based policies alone to be effective. As he explains it:

A final, and crucial, point to stress about nudging is that the aim of behavioural economics is to try to provide better descriptions of how people really do behave as individuals. The assumption behind mainstream economics is that agents act autonomously and do not take directly into account the behaviour of other agents. Networks, in contrast, do. And their implications can be dramatic.

...Many of the decisions we make are based not so much on the independent, rational calculation of the costs and benefits of different actions – the mode of behaviour posited in economic theory – but on observing and copying others.

These network effects - observing and copying others - are what intrigue Paul and others in the econophysics space. The RSA essay contains scores of fascinating commercial, political and historical examples of how network effects - whether 'random', 'scale-free', or 'small-world' - can flip seemingly modest policy interventions into runaway successes - or spectacular failures:

In Sardinia during the 1990 World Cup, the English supporters were feared for their violent reputation. One evening in Cagliari, a large number gathered in the streets. Facing them were the police. Various individuals made attempts to stir the fans into collective action without success; the ‘cascade’ that was intended by these people did not take place. But in response to the actions of one particular youth, a police captain fired his pistol into the air. The English supporters immediately began to destroy property and attack the police. The action intended to nudge them into quiescence, provoked exactly the opposite reaction across the network of fans.

These network effects can help explain many 'suddenly-increasing' phenomena - from obesity, to binge drinking to single parenthood - that have frustrated policy makers everywhere as they deal with the consequences, and try various behaviour-changing policies (including plain old fashioned price increases/welfare restrictions) to no avail. But policies that combine 'nudge' with 'networks' (the N Squared in the title) are more likely to succeed.

I also think the impact of network effects on business and consumer confidence is also hugely important. Take this example from the essay:

A relevant practical example is sentiment about the future; the degree of optimism or pessimism which firms feel at any point in time – Keynes’ ‘animal spirits’ – is an important determinant of the boom and bust of the business cycle. We can think of a firm in state A as being optimistic. The economy receives a small shock, a bit of bad news, and a few firms switch to state B, pessimistic. How many others will abandon their optimism? If enough do so the economy will move from boom to bust. The economy in this case has only received a small adverse shock. Can this really be sufficient to precipitate a full-blown recession?

The answer is both yes and no! The same small initial disturbance can have dramatically different outcomes. Most of the time, the initial switch by a small number of agents from A to B, does not spread very far. But occasionally, there will be a cascade across the system and most agents will end up with B. This is critical for policymakers who are generally schooled in trying to design interventions that will make relatively small predictable changes, with minimal risk.

The good news is that it can work the same way from widespread pessimism to widespread optimism. Which is why I'm more confident about the prospects for economic recovery here in Ireland than many: even if our policy makers seem to be doing their best to prevent it happening. The sooner we all get econophysical the better.
Posted by Gerard O'Neill at Monday, September 20, 2010