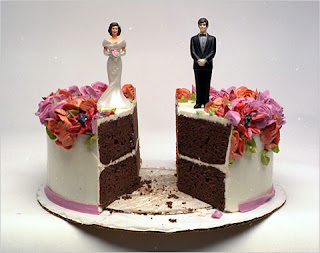 Imagine there was just one lifestyle change, a single, simple social practice that could eradicate child poverty almost completely. And it wouldn't cost the taxpayer a cent. I would imagine that any organisation concerned with social justice and the eradication of poverty would champion such a practice from the rooftops. Especially an organisation founded, operated and funded by Christian organisations. Yet I would be wrong.

For we have such an organisation - Social Justice Ireland (née CORI) - run by a priest and a nun, and yet they have no interest in the social practice I am talking about, namely: marriage. Their latest report - More Taxes, More Government Please (sorry, that should read: The Future of the Welfare State) mentions marriage twice. Once as a footnote, and the second time as part of the phrase 'gay marriage'. And that's it. God barely gets mentioned either, but that's their issue, not mine.

But what is my issue - and yours if you pay tax - is that the authors of the report are wilfully blind to the potential for marriage to reduce poverty. Take the recent ESRI report on poverty trends in Ireland. The single biggest factor influencing the incidence of poverty is the presence or otherwise of both parents. The report finds that:

Now the SJI solution to 'reducing the disadvantages' is to take more money from taxpayers in order to provide a Basic Income that will lift everyone out of poverty. A rising tide raising all boats, if you will. Strangely, for an organisation that waxes eloquently about the numerous failings of money-obsessed, free market capitalism, they do seem to have a singularly strong attachment to the old paper-and-coin stuff themselves when it comes to solving all the problems that they see.

Bizarrely, despite mounting evidence in Ireland and abroad that marriage is one of the most powerful anti-poverty practices in the world, SJI would prefer to completely ignore the matter. Better to tax affluent and not-so-affluent workers it seems (and their capitalist employers, of course) than actually advocate that would-be parents make a wiser choice about their future family status instead.

The SJI report suffers from many (many) other inadequacies - their ideological bias can best be thought of as a form of 'socialism with group hugs' - but that can be forgiven to the extent that they wear their ideology on their sleeves. Less forgiveable is a deliberate, PC-driven blindness to the role of marriage simply because it would demand judging some lifestyle choices better than others. Or treating grown ups as independent adults rather than welfare supplicants, if you will.

And sadly, they'll probably prevail with their doomed-to-fail policy ambitions. Get your chequebooks out...
Posted by Gerard O'Neill at Wednesday, September 22, 2010