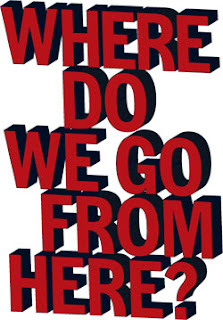 Don't worry, I'm not talking about our state-owned treasures (I mean, would you buy a used car from that lot currently in power?) I'm talking specifically about maintaining a space for privacy in the future. Or rather, Sherry Turkle is in her contribution to a new series of essays in Discover magazine on scientific prospects for the next thirty years. She thinks it is important that we leave room for dissent:

But sometimes a citizenry should not be good. You have to leave room for this—space for dissent, real dissent. You need to leave technical space (a sacrosanct mailbox) and mental space. The two are intertwined. We make our technologies, and they, in turn, make and shape us...

In a democracy, perhaps we all need to begin with the assumption that everyone has something to hide, a zone of private action and reflection, a zone that needs to be protected. My hope is that we rediscover our need for privacy. To me, opening up a conversation about rethinking the Net, privacy, and civil society is not backward-looking nostalgia in the least. It seems like part of a healthy process of democracy defining its sacred spaces.

I agree, in a culture that only tolerates diversity so long as it is compliant with politically-correct orthodoxy, then making room for dissent is more important than ever.

The overall tone of the different essays on the future of science are nevertheless positive. As they should be: most of us are alive today (and enjoying better lives than our forebears could even have imagined) thanks to science. But not everyone is as optimistic. James Le Fanu fears science is at a dead end:

So the best of times—but also the worst. Pose the question, What does it all add up to? and the answer, on reflection, seems surprisingly little—certainly compared to a century ago, when funding was an infinitesimal fraction of what it has become. In the first decade of the 20th century, Max Planck’s quantum and Einstein’s special theory of relativity would together rewrite the laws of physics; Ernest Rutherford described the structure of the atom and discovered gamma radiation; William Bateson rediscovered Mendel’s laws of genetic inheritance; and neurophysiologist Charles Sherrington described the “integrative action” of the brain and nervous system. The revolutionary significance of these and other discoveries were recognised at the time, but they also opened the door to many scientific advances over succeeding decades.

By contrast, the comparable landmarks of the recent past have been rather disappointing. The cloning of a sheep generated much excitement but Dolly is now a stuffed exhibit in a Scottish museum and we are none the wiser for the subsequent cloning of dogs, cats and cows. It will no doubt be a similar story with Craig Venter’s recent creation of “artificial life.” Fabricating a basic toolkit of genes and inserting them into a bacterium—at a cost of $40m and ten years’ work—was technologically ingenious, but the result does less than what the simplest forms of life have been doing for free and in a matter of seconds for the past three billion years.

Diminishing marginal returns are setting in, it seems. But I think Le Fanu misses the obvious: it is the application of science, not just the process of discovery itself, that contributes to the human condition. The people with the greatest incentive to discover and apply are those on the margins: those who want to change things. Robin Hanson makes a similar point, citing the work of Thorstein Veblen which found that 'diversity induces far view talk, which finds creative answers'.

It is the outsiders who dissent and who therefore discover. They're more often business people than scientists. To the extent that our smart economy strategy is simply channelling money to the scientifically orthodox, then the lower the chances that it will succeed. Which is why we need to make room for dissent.

Failing that we can always sell our state-owned treasures...