A Return to Judgement 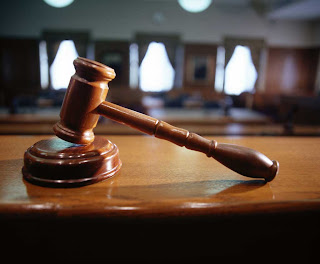 I've noted before that the only remaining 'sin' in a secular society is that of passing judgement. I have argued that a culture of unwillingness to judge people and their behaviour is responsible for a large number of the major social and economic problems that we face. From the deaths of teenagers in traffic accidents to rogue bankers (and civil servants) still in their jobs, we seem to live in a society in which nobody is held accountable for the consequences of their own actions. A typically right wing, reactionary lament of course.

Which is why it is interesting to see some on the Left now also beginning to question our lack of judgement. Writing in the left-of-centre Democracy - A Journal of Ideas, Roger Berkowitz is anxious to explain Why We Must Judge. As Berkowitz explains it:

At the root of our problem with judgment is the undeniable victory of relativism over truth. Judgment requires, above all, what Kant called disinterestedness and what Arendt called enlarged mentality, seeing the question from another’s point of view. While it is singular, judgment is not mere personal taste or preference. To judge is to speak the truth, a truth that must always appeal to a common sense beyond one’s own prejudices. At a time when tolerance trumps truth, judgment’s claim to the truth leaves it vulnerable to mockery and derision.

We so fear judgment today that we banish it from public life. We even banish it from law. Why? Because judgment is unruly, singular, and unpredictable. It is personal instead of objective and grounded in prejudices at the expense of rationality. It asserts a truth amidst skepticism about truth. It thus rejects the liberal values of relativism, equality, and scientific objectivity that define our time. In other words, judgment accomplishes little and costs much.

Instead of judging, we reckon and negotiate. Judgments like those of Athena, Orestes, and Agamemnon discriminate. They assert a truth. They address particular persons and singular events and risk saying: This person is guilty, this one is innocent. Such judgments are often unreasoned, but this makes them neither irrational nor thoughtless. They are often intolerant and unfair, but this makes them neither racist nor unjust. Amidst the unquestioned hatred of all discrimination, we have forgotten that discrimination, the art of making relevant distinctions, is actually the root of judging. In our passion for rationality and fairness, we sacrifice judgment, and with judgment, we abandon our sense of justice.

It's a thoughtful essay - and a hopeful one too. Berkowitz recognises that judgement binds a society together through its recognition of the 'common sense' of what is right and wrong, of what is acceptable behaviour and what is unacceptable. If our society - here in Ireland and in the West in general - is to remain cohesive as well as open, we must be more explicitly moral. Morality, at its most basic, is that sense that guides our interactions with one another. A return to judgement should even fit with the traditional values of the Left (fairness, inclusion) as well as the Right (freedom, hierarchy).

And it may even go some way towards halting those individual and group behaviours that continue to threaten our social and economic future.