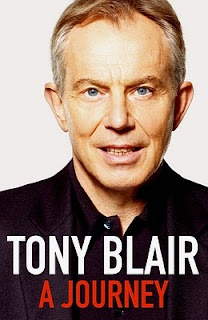 Tony Blair's training as a barrister has served him well. He is a master of linguistic jujitsu, as evidenced by his performance on the Late Late Show. But his performance is also a master class in argumentative fallacies.

Mike Labossiere has produced a very handy guide to 42 Fallacies over at the Talking Philosophy blog. I scored Tony Blair on several of them, in particular the fallacy of an Appeal to Fear. Here's Mike's explanation:

Description:
The Appeal to Fear is a fallacy with the following pattern:

This line of “reasoning” is fallacious because creating fear in people does not constitute evidence for a claim.

It struck me listening to Blair's justification for the invasion of Iraq - namely that Saddam might have had weapons of mass destruction, and he might have used them on his opponents outside of Iraq, therefore we had to invade - is very much an Appeal to Fear. Some of the same now applies to Iran. We also have a similar fallacy in play over Anglo-Irish Bank with such disgraceful claims as that by Brian Cowen TD about a €70 billion price tag if we don't do what the Government says.

If we could create a 'Fallacy Filter' and apply it to all politicians' pronouncements then the world might well be a better place. And the news less alarming. The next task for Mike perhaps?
Posted by Gerard O'Neill at Sunday, September 05, 2010