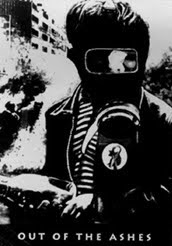 My work has taken me to Belfast recently, and it's always interesting to see the different perspectives on things 'up North'. I was especially struck by their sense of dread about impending public spending cuts because of the UK government's plan to balance their budget by 2015-16. This could mean cuts in the North of up to £2 billion a year. Northern Ireland is about to be mugged by economic reality - and it won't be pretty.

The North's politicians are doing what they do best - blaming others for the province's problems - without advancing any viable solutions of their own. The CBI has weighed in with proposals for a renewed focus on public sector efficiency, on the spending side as well as on the taxation side (ht Ultonia). Down South we called it the 'Croke Park Agreement' - I'll believe it when I see it.

But I think there's an opportunity to go further. As Eamonn Butler has noted:

In the rent-seeking economy of Northern Ireland, it is deemed politic to blame others for the withdrawal of funding across the economy. It is also an indictment of both the poverty of aspiration and lack of imagination among the political class.

... More importantly, as the political class seems increasing remote for the electorate, perhaps it is time to think how government could be devolved back to the individual. Northern Ireland government requires a total rethink.

For too long, Northern Ireland has been North Korea with grants. The cold winds of economic reality will not be welcomed by the North's tax-addicted politicians (that's taxes on English taxpayers, of course). However the North's struggling, yet highly capable private sector will be glad to have access to the talent and resources too often gobbled-up by the North's bloated public sector. The next five years will provide a fascinating opportunity for free markets to tackle Northern Ireland's chronic economic and social problems. And given the innate entrepreneurial talents on both sides of the political divide there, I have no doubt the North will be a much better place by 2016.

A new Ulster Covenant is being forged, one that gives pride of place to the talent and ambitions of individuals and their communities. I think we'll learn a lot down South from what happens up North in the years ahead.
Posted by Gerard O'Neill at Friday, September 24, 2010