Caring for the World 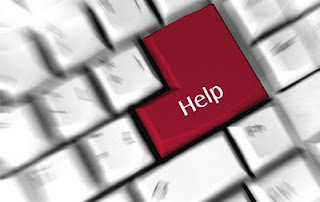 Every week sees the publication of yet another report on Ireland's Smart Economy. That's fine as far as it goes: science, technology and engineering do all play a part in growth. But I'm more worried about the Stupid Economy: or, less bluntly, how are we going to employ all the people who don't have PhDs in bio-engineering?

Daniel Isenberg puts it another way - it isn't knowledge but ignorance that creates real economic value:

The interesting, value-adding aspects of economic activity are the ones that are based on ignorance, not knowledge. It is the ability and willingness to take action in the face of fundamental ignorance, in which uncertainty, ambiguity, and the unknown play dominant roles that will determine which economies, and ventures, succeed and fail. Good managers, leaders, and policy makers have evolved effective ways of dealing with such ignorance. Successful entrepreneurs have led the way in turning ignorance into opportunity; we can learn much from their behaviors. Entrepreneurs enter into the unknown, sometimes plunging headlong, more often than not creeping into it, toe after toe.

The good news is that ignorance - like knowledge - is widely dispersed and therefore we don't need any one expert, leader or policy paper to show us the way forward. Thousands and millions of people are feeling their way towards the future, toe after toe. In the age of the Internet, we are all Hayekians now.

But I still haven't answered my question: where will the jobs come from for the 'less-smart' workforce? Let me throw one big idea out there. It came to me at a discussion I was having at the Marketing Institute recently. Here goes.

We Irish are 'people people'. We're actually curious about other folk. Nosey even. Whether we dealing with people face-to-face or on the phone - or even via instant messaging - our national character comes through. And that's an advantage that will help us enormously in the years ahead.

My idea is to turn that capacity or aptitude into a focus for a national strategy. One modestly entitled: 'caring for the world'. Allow me a Bono/Geldoff moment, for I think such a strategy could have three components all under the theme of caring:
The nature of all of these components is that they are and will be people-intensive, and the labour skills required will be for emotional and social intelligences, not just cognitive intelligence. Sure let's not prevent a Smart Economy emerging, but let's also recognise the potential for a Caring Economy that fuses the potential of global communications technologies with indigenous people skills.

Like the Smart Economy, the Caring Economy will be more likely to succeed if the Government adopts a 'first do no harm' (don't get in the way) philosophy, letting the distributed intelligence (or is that ignorance?) of the marketplace feel its way towards a better future. One that is smart and compassionate perhaps.
Posted by Gerard O'Neill at Monday, October 04, 2010