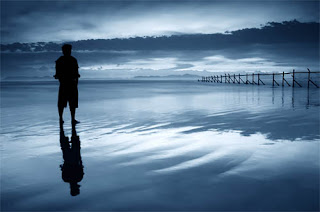 I'm a big fan of David Eagleman - I've mentioned him a few times before. He's a scientist with a poet's heart. Here he is in this week's New Scientist:

This is why I call myself a "possibilian". Possibilianism emphasises the active exploration of new, unconsidered notions. A possibilian is comfortable holding multiple ideas in mind and is not driven by the idea of fighting for a single, particular story. The key emphasis of possibilianism is to shine a flashlight around the possibility space. It is a plea not simply for open-mindedness, but for an active exploration of new ideas.

David is talking about the big issues of science and religion. I think we need to be economic possibilians here in Ireland right now. We need to engage with the future in a spirit of open-mindedness, rather than defaulting into a doom loop of despair (nor becoming blind optimists - though I haven't met too many of them lately).

Two things struck me in today's papers. The first is by Colm McCarthy in the Sunday Independent, who observes that:

In round numbers, three-quarters of the debt Ireland will owe when the figures finally come under control will relate to the accumulated budget deficits and just one quarter to the costs of the bank rescue...

The Central Bank Governor has insisted that the public finance adjustment is feasible, even with the appalling extra costs imposed by the banking collapse. There is a venerable football adage to the effect that 'you make your own luck'. With even average luck, which we have not enjoyed in this crisis to date, I agree with his assessment.

The other is by Liam Halligan in the Sunday Telegraph, who notes that:

These are absolutely ghastly numbers, of course. But guess what? The fact that they're now in the public domain, that the government forced the banking sector to "fess up" its losses, meant that Irish sovereign debt rallied after ministers made their move. That's right – borrowing costs fell, a lot, as the all-important bond market signalled its approval at Dublin's determination to impose "full disclosure".

...A lot of the reason Ireland's new headline fiscal numbers look so bad is that they're far more honest than equivalent data being presented elsewhere – in the UK, for instance.

...Ireland has a lot more to do. The losses that will now soon be imposed on junior creditors of its bombed-out banks should eventually spread to senior creditors too – so lightening the taxpayers' load. But, by revealing the banking sectors' vast losses and outlining a credible plan to fund them, the Irish have taken a step that others have not yet taken. Ultimately, they'll have to.

Both McCarthy and Halligan are highlighting our changed circumstances and a greater certainty about the path to recovery than we have had at any time in the past few years. In fact, by 'fessing up' we have at least recognised how far off course we are as an economy. That at least raises the possibility of changing course and heading in a new direction towards a better place.

What's more - we might even get there quicker than we think as the bond markets attention shifts elsewhere. Say to US Treasury bonds and the US government's binge borrowing. With a bit of luck and a fair wind the journey might not be as turbulent as we fear. At least, we should be open to the possibility.
Posted by Gerard O'Neill at Sunday, October 03, 2010