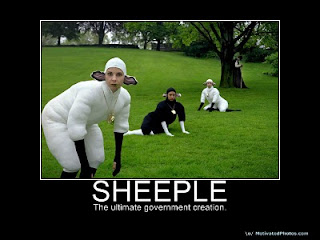 Chris Dillow thinks that the Middle Class are powerless:

The reason we don’t describe people on relatively high incomes as upper-class is that they lack something a true upper-class has - power. Many - most - people on around £50,000 a year lack control over their fate. They are vulnerable to the sack; they can’t choose how long they work (it’s a cliché that “middle class” women are frowned upon if they take time off to look after the kids); and presenteeism traps them into long commutes. In these respects quite high earners have more in common with minimum wage workers than they do with (some? many?) bosses. What we think of as the “middle class” is instead - to borrow Erik Olin Wright’s phrase - a contradictory class location. Such people score highly for incomes, but lowly for power.

He wonders why they are so placid. He may not have to wonder for much longer. Gonzalo Lira has just posted a magnificent piece on The Coming Middle Class Anarchy. Here's his take:

When the backbone of a country starts thinking that laws and rules are not worth following, it’s just a hop, skip and a jump to anarchy.

TV has given us the illusion that anarchy is people rioting in the streets, smashing car windows and looting every store in sight. But there’s also the polite, quiet, far deadlier anarchy of the core citizenry—the upright citizenry—throwing in the towel and deciding it’s just not worth it any more.

If a big enough proportion of the populace decides that it’s just not worth following the rules any more, then that society’s days are numbered: Not even a police-state with an armed Marine at every corner with Shoot-to-Kill orders can stop such middle-class anarchy.

Here in Ireland we have a government bending over backwards to placate billionaire bond holders like Roman Abramovich. In the coming budget and subsequent ones they will tax and tax and then tax again the Irish Middle Class. Why? Because that's where the money is. And at some stage a 'largish chunk' will simply throw in the towel. Why? Chris Dillow has the answer: the more unfair a situation is perceived by people, then the less cooperative they become. Not riots in the street un-cooperative. More 'let's take a break from paying taxes, the mortgage and the bills' kind of un-cooperative.

It won't happen at once, of course. We're a law-abiding people in Ireland - in fact, we've gotten more so over the years. But there's a tipping point with every social phenomenon. Probably a reason why the true level of mortgage defaults is Ireland's best kept secret right now. Once the idea gets out there that 'everybody's doing it' (not paying their debts) then it doesn't take too long until everybody else wonders why they're not doing it too?

They say that civilisation is three meals away from anarchy. Make that three mortgage payments.
Posted by Gerard O'Neill at Thursday, October 07, 2010