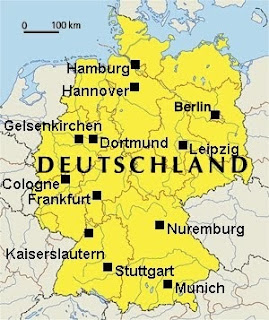 I was discussing my book on 2016 as the guest of an interesting group last night. One of the big topics was the future of the nation state - especially in Europe. I shared my own view that the nation state is going to re-emerge as the dominant political (and even economic) force in Europe - though not in an entirely benign way.

Then this morning I read the latest analysis from Stratfor. It concerns the recent rejection of multiculturalism in Germany and its consequences. Here's the money quote as far as I'm concerned:

It is impossible for Germany to reconsider its position on multiculturalism without, at the same time, validating the principle of the German nation. Once the principle of the nation exists, so does the idea of a national interest. Once the national interest exists, Germany exists in the context of the European Union only as what Goethe termed an “elective affinity.” What was a certainty amid the Cold War now becomes an option. And if Europe becomes an option for Germany, then not only has Germany re-entered history, but given that Germany is the leading European power, the history of Europe begins anew again.

Like I've said before, the euro and the European Union have tied Ireland's fate to Germany, whether we like it or not. Though somehow I feel that our 'gallant allies in Europe' will not have our best interests at heart by 2016 (though come to think of it, they didn't in 1916 either). Fasten your seat belts: we are re-entering history and it's going to be a bumpy ride.

PS: make sure to add Stratfor to your RSS feed - their analyses are second-to-none.
Posted by Gerard O'Neill at Tuesday, October 19, 2010