Too Smart to Fail 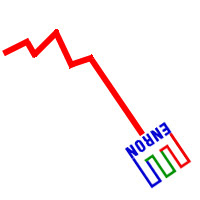 I went to see Enron last night. Easily the best theatre I have enjoyed in recent years (thanks Brian!) It's a Greek tragedy much like Icarus - from arrogant hubris to inevitable nemesis - and it happened less than ten years ago.

I'd guess there wasn't a person in the Gaiety Theatre last night who wasn't watching the performance and thinking 'Anglo-Irish Bank'. Though of course, if Enron had happened in Ireland, the company would have been nationalised and Jeffrey Skilling would have retired to the Bahamas (instead he was sentenced to 24 years and 4 months imprisonment). A lot of Americans were hurt by the collapse of Enron, but not the American taxpayer. That's one thing they can thank 'W' for.

According to the website there are still a few tickets left for the remaining performances tonight and tomorrow. I urge you to go see it. Who knows, it might even inspire a budding playwright to explain our own recent history through the medium of theatre. 'Anglo' - it's a story that could fly. Just like Icarus.
Posted by Gerard O'Neill at Friday, October 15, 2010