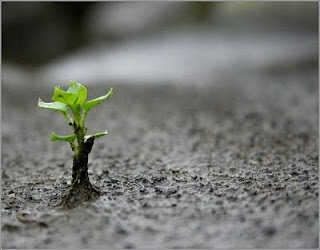 So where do we go from here? Yes, things are bad and will likely get worse in the next few months. Then what? What's the plan for Ireland beyond a four-year long book-keeping exercise to placate the bond markets?

I have a suggestion: let's aim to have the highest standard of living in Europe by 2020. Call it 1 by 20. Pick your measure: GDP/GNP per capita, UN HDI, whatever. Sure, we're going other way right now. But that's the point: unless we set ourselves the task of seizing a better future for our country then we will default into failure.

And let's not leave it to the politicians. Take a leaf out of New Zealand's approach to these things. They have a 2025 Taskforce whose aim is to advise the NZ government and others on the how best to achieve an agreed goal of matching Australia's GDP per capita by 2025. Their second report - Focusing on Growth - is a brilliant tour-de-force of the latest thinking on the nature of economic growth, the importance of productivity and innovation, and the role of government in same. I cannot recommend it highly enough. It's like something Forfás would write if they didn't have to please everyone in the worst tradition of social partnership mediocrity.

What is especially clear from the 2025 Taskforce report is the critical task of balancing the private and public sectors in order to deliver sustainable growth. It is less about ideology and more about rightsizing government to ensure that the private sector does what it does best, i.e.: generating employment and wealth that provides the taxes for services that taxpayers wish the government to provide. Nevertheless, it isn't about rightsizing - or downsizing - but what I prefer to call 'growthsizing' the economy: making sure we have the optimum alignment of policies for education, employment, and investment (from technology to funding) that will sustain growth into the future. And the tax system that goes with it.

We have to have a higher ambition than simply placating the bond markets. A recent article in The Economist made the following point about growth:

If the rich world really wants to go for growth, it must get away from its narrow focus on public debt and embark on a broader economic overhaul. Instead of promising to halve their budget deficits by 2013, for instance, big rich economies could decide to raise their retirement ages or free up their professional services. Fiscal consolidation would not be ignored: it would just not be the only priority.

Right now, unfortunately, the 'narrow focus' is all that seems to dominate the debate in Ireland. But we need to raise our sights. The OECD calls it Going for Growth - and the roadmap is fairly clear but not easy to follow, as noted by the 2025 Taskforce. The key is productivity - and the current banking strife in Ireland is an 'Emanuelian' moment to turn a crisis into an opportunity, as also noted in the Economist:

Sweden offers a more encouraging lesson. In the aftermath of its banking bust in the early 1990s it not only cleaned up its banks quickly but also embarked on a radical programme of microeconomic deregulation. The government reformed its tax and pension systems and freed up whole swaths of the economy, from aviation, telecommunications and electricity to banking and retailing. Thanks to these reforms, Swedish productivity growth, which had averaged 1.2% a year from 1980 to 1990, accelerated to a remarkable 2.2% a year from 1991 to 1998 and 2.5% from 1999 to 2005, according to the McKinsey Global Institute.

What's more, technology-induced productivity increases may be about to tip even developed economies like Ireland into an age of substantially higher rates than heretofore.

Yes we have to navigate the extraordinary challenges that await us in the months ahead. From Budget 2011 to the European Financial Stability Fund to a General Election to a new government - and not necessarily in that order. But we need to look beyond the current crisis to the potential for our country to come out of it wiser and more focused on the potential to create a better future for the Irish people than that offered by the fatalism that now besets us.