Send In The Philosophers 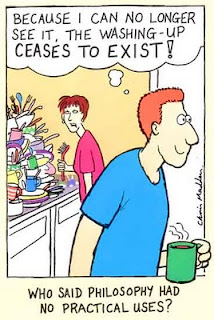 Perhaps it's time to retire the economists and send in the philosophers? Imagine there was a broadcast ban on economists for a month and only philosophers were allowed onto the nation's airwaves and op eds? It's worth a try...

There's a very handy table listing the highest correlations from the findings (what beliefs are correlated strongly with others). And like economists, they are prone to using zombies quite a lot to make, em, 'philosophical' points.
Posted by Gerard O'Neill at Tuesday, November 09, 2010