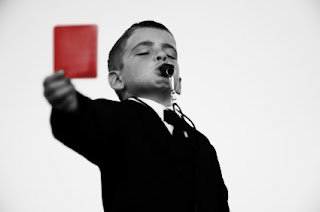 Theodore Dalrymple blames the Catholic Church in Ireland for the recession. Or rather, it's demise:

The Irish are right to think that the crisis is more than economic, that it is existential; but they are wrong to think that it is specifically or mainly Irish. It is, in fact, a crisis of western man who cannot control his appetites, who wants today what only the labour of the future can supply, or supply honestly. Western man is, in effect, a child.

In my own country, for example, there has been a decisive shift in attitude to debt within my lifetime. The British people are now among the most incontinent and childish in the management of their own affairs of any people in the world, which is why they are so deeply indebted for what are, essentially, trifles...

What had effected this change? I suspect that the decline of religion, both as a system of belief and a system of social control, has something to do with it. (Is it really a coincidence that the Irish crisis has struck at precisely the same time as the total evaporation of Catholicism’s influence in Ireland?) I say this as someone without religious belief. But where there is no belief that life has transcendent purpose, that there is in effect more to life than this life itself, it is hardly surprising that people – that is to say, many people - take as their philosophy ‘Apres nous, le deluge.’ The problem is that the deluge may not be apres nous.

It isn't just our attitude to debt that is childish. Our attitude to diet appears equally incontinent. Hence the news that we are the second most obese people in Europe after - you guessed it - the British. What appears to be happening is a form of cultural neoteny. Neoteny is a biological/evolutionary phenomenon, whereby adults of a given species evolve to retain physical features previously only associated with the juveniles of their species. Clive Bromhall wrote a fascinating book a few years back about human neoteny, called The Eternal Child.

But now it appears neoteny has jumped from human evolution to human culture. Hence the childlike inability of a growing number of adults to behave like, well, adults. But I doubt it's all the Catholic Church's fault. The phenomenon of cultural neoteny is too widespread throughout the developed world for that and related explanations to suffice. I suspect rather it is the profound re-engineering of the family, gathering pace over the past fifty years or so, that is a more significant contributor (though again, not the only one). Conservative blogger A Letter to The Times blames the now mandatory participation of mothers in the workforce (along with co-ed education interestingly enough), as she notes that:

Indeed, this notion that women need to be wage slaves in order to be fulfilled and that left without interference, the natural Rousseauan goodness of children were shine through, has led to the breakdown of one of the most fundamental elements of the social contract. The tacit agreement has always been, “I will train my children to be fit associates and spouses for your children, and you shall do the same for me.” Only a tiny fraction of people are currently doing this. And let it be said, those few parents who are trying must contend with literally millions of people who are laboring hard to thwart their efforts.

I'm not as pessimistic about the state of parenting in Ireland as she is about the UK. Or even about the impact of mothers in the workplace - most manage to fit work around their family rather than the other way round. But with the IMF now valuing paid employment for mothers ahead of unpaid parenting, and not just in Ireland, then our adventures in cultural neoteny look set to continue.
Posted by Gerard O'Neill at Saturday, December 11, 2010