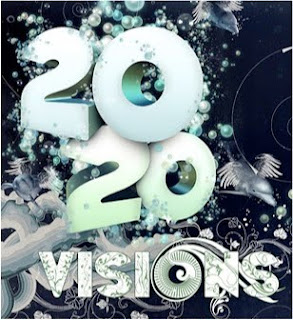 "In or about December, 1910,
human character changed".
Virginia Woolf

It's that time of year: a time for reflection and projection. Most seem content to look ahead to 2011 and pronounce on what they foresee. I propose going further, looking ahead not to 2011 but to the decade now about to commence: 2011-2020. It may be a typically human conceit to imagine that our collective future can be determined in neat slots of years or decades, but such simplicities have their uses. And sometimes a year or a decade really does make a difference.

I believe that the decade ahead will be as momentous for humanity as the equivalent decade was in the twentieth century. Think back to December 1910. Who then foresaw the first World War; the disappearance of four empires (Germany, Austria-Hungary, Russia, Ottoman) and the emergence of the world's first communist society in the Soviet Union? Conflicts that resulted in the death of over ten million young men, most of them only children at the start of that fateful decade. And let's not forget all that happened in Ireland over the course of the same ten years: from Ulster's Covenant against Home Rule, to the Dublin Lockout to the 1916 Rising and on to the War of Independence.

So what can we expect in the decade ahead? It strikes me that we are witnessing the culmination of a number of trends. But by culmination I don't mean a unique configuration. Rather I mean the peak and subsequent decline or reversal of forces hereto thought to be unstoppable or irreversible. It is my contention that the coming decade will be 'the peak decade' as one force after another peaks and declines. It will be the defining decade of the 21st century. And the good news is that if we get through it with a functioning civilisation still intact then a magnificent era of human flourishing awaits us.

But first the not so good news. Here are a few of things I expect to peak in the decade that is about to commence - some more welcome than others - and some undoubtedly earlier in the decade rather than later:

Peak Europe: Claus Leggewie has written about The Seven Circles of European Memory, those seminal, shared experiences that have forged the European project - from war to the Holocaust to immigration. But history hasn't stopped and an 'eighth circle' of memory is now forming, namely the spectacular rise and fall of the euro and the economic schism it has created at the heart of Europe. This is the circle of European memory that will be most remembered in Ireland after the coming decade. As Bridgid Laffan observes about Ireland's situation, our new found dependency on the IMF/ECB will unleash levels of Euroscepticism and outright anti-EU hostility that the Irish elite will struggle to contain let alone channel. The euro may well survive The Peak Decade in a much reduced form, but Ireland's membership may not.

Peak Pensions: this one is already upon us (those of us who work in the private sector anyway). But it's coming to the public sector and soon. Take the extraordinary seizures of pensions now taking place across Europe. Here in Ireland, we have the appalling spectacle of the National Pension Reserve Fund being raided not to improve the wealth generating capacity of the country but rather to boost the balance sheets of our insolvent banks in order to pimp them to potential buyers. Nor is Europe an anomaly: local and state pension funds in the United States are being rapidly depleted, and some have simply run out of money. By the time The Peak Decade is over, expect to see the disappearance of statutory retirement ages for workforces in developed countries, the rapid reduction of state funded pension rates (in nominal and real terms), and a rapid return to widespread poverty in old age. The giant public sector ponzi schemes that have characterised a great deal of pensions provision in developed countries (especially those of public sector employees) will collapse just like their counterparts in the private sector.

Peak Government: this is one where the United States is well ahead of Europe, surprisingly enough. Niall Ferguson has written and spoken eloquently on the matter of imperial failure, driven inevitably by the rising cost of servicing public debts. The United States is the world's largest debtor nation by far, and the US Government is already paying enormous amounts of interest simply to service its debts (equal to 4.5 times what it spent on education last year). But the United States is a harbinger not an outlier. Here in Europe we have learned the wisdom of the adage that 'expecting today’s Western leaders to run fiscal surpluses is like expecting dogs to stockpile sausages'. The euro crisis simply accelerated what was going to happen anyway: a pervasive political Keynesianism, always with the stimulus, never with the surplus. But as debt/GDP ratios explode across Europe over the course of The Peak Decade (exponentially in Ireland's case) the unsustainable nature of spending by Europe's governments will become grimly apparent.

Peak Feminism: this one you may be less familiar with, but it is tied to the previous peak. The first phase of feminism (equity feminism) in the twentieth century - securing for women the rights to vote, own property and to be paid the same rate for the same work - morphed in the second half of the century into a political ideology (gender feminism) intent on securing gains for women to the detriment of men, achieved through the capture of the state (both as an employer but also as a redistributor of income from men - who pay most taxes - to women, who receive most social welfare and pension payments). But as the glass ceiling is increasingly revealed as a chimera, the glass cellar that confines a growing number of men to educational, social and economic failure has become more apparent. Just as the tide of government is turning, so inevitably will the tide of gender feminism. Expect a great deal more attention to the glass cellar over the course of The Peak Decade, with men in developed countries demanding a return to real gender equity.

Peak Tolerance: this is a more dangerous one. The economic cake - in Ireland but in much of the rest of the developed world as well - will not get much bigger over the first half of The Peak Decade, and may even shrink. Much of what seemed like tolerance in Western Europe during the previous decade was the result of a bigger cake making it easier to accommodate more people to share it with. Though I don't buy the Eurabia scenario for Europe (for starters, it isn't what most European Muslims want), there can be little doubt that a continued threat from Islamic extremists, coupled with a failing generation of young Muslim men across Europe, will give rise to a more extreme political landscape.

Peak Peace: this is the most dangerous one. Sure we have had conflicts during the past decade, but The Peak Decade will see something far nastier. Firstly, deep recessions often trigger wars, and some - like Paul Krugman - have argued that war can end recessions, just as World War II ended the Great Depression. More than a few politicians will take that lesson to heart. We have been blessed here in Western Europe with a prolonged peace, but state-on-state violence has been a pervasive force not just throughout Europe's history, but also throughout all recorded history. It may be peace that is anomalous in this regard. The 'war to end all wars' that convulsed our continent during the second decade of the twentieth century is a reminder of war's capacity to surprise even its advocates with its violent speed and destructive power. As China, Russia and the United States jostle for power in their respective 'near abroads', faced as each is by economic, demographic and technological forces for sometimes unwelcome change, then the chances of war, directly or by proxy, will worsen as The Peak Decade proceeds. It's going to be ugly.


Those are the main forces shaping The Peak Decade in my opinion. There will be others, but some - like technology - have already made their impact felt (e.g.: most of the global gains from mobile and internet technologies have already been experienced during the decade now ending). Others, like climate change, will either impact on a much longer timescale than a decade, or will be characterised by even great uncertainty as 'extreme weather' becomes the new 'global warming'.

As for Ireland, we are the canary in the coal mine for some of these trends (Peak Europe, Peak Pensions, Peak Government), but we will spend much of the decade on the sidelines of much bigger, more global forces for change (especially Peak Peace). Not that there are any sidelines any more in our hyper-connected, hyper-dependent worlds. Though Peak Oil might change that.

It's December 1910 again. Only different. Fasten your seatbelts, there's a turbulent decade ahead...
Posted by Gerard O'Neill at Friday, December 31, 2010