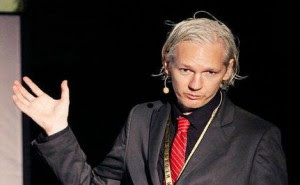 If Sweden is the Saudi Arabia of Feminism - in Julian Assange's memorable phrase - does that make Ireland the Iran of Feminism? Sweden is a monarchy after all (like Saudi Arabia), and Ireland a Republic (like Iran). It's just a thought: one that struck me reading today's Irish Times article on the proposal to import a Swedish law that criminalises men for buying sex, but not women for selling it. Kind of like punishing drug buyers but not drug dealers. Hmm, now there's an idea...

Of course the proposed legislation is simply a 21st century version of the Legion of Mary's occupation of Dublin's Monto district in the 1920s, an area then synonymous with prostitution. Though today's anti-prostitution activists are unlikely to be dedicated to the Sacred Heart. Still it is the same agenda, with a contemporary dose of misandry thrown in for good measure. It is the agenda of those who believe that heaven on earth is just one more piece of legislation away. Be it the Kingdom of God or the Kingdom of Woman. It is the belief that human nature (especially that of males) can be shaped and reshaped by the efforts of those gifted with better knowledge, understanding and insight than those for whom they legislate.

It is also on a par with other misandrist legislation already in place in Ireland: legislation that sentences a man to life imprisonment for incest but not a woman, or that imprisons a boy for under age sex but not a girl. Only men can do evil it seems: being male is the last sin in our secular society. It seems that when it comes to equality for men they find themselves in an unfortunate 'manority', somehow overlooked by the guardians of equality and minority rights.

Robert A. Heinlein famously observed that 'the human race divides politically into those who want people to be controlled and those who have no such desire'. The controllers are in the ascendant once again: Sharia secularism will be just as ugly as the religious version. Welcome to the Feminist Republic of Ireland.
Posted by Gerard O'Neill at Monday, January 03, 2011