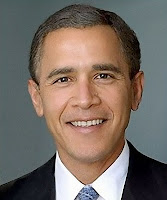 If only they had listened to the behavioural economists. Here was how we - or rather - they should have dealt with Gaddafi:


We should have sent in the peacemakers to tell Gaddafi:
- where he would and would not be welcome to live
- that he must never return to Libya again
- he can have his Swiss bank accounts
- we will let bygones be bygones (i.e. give him an amnesty)
- and, frankly, tell him to f-off into oblivion (Terms & Conditions apply)
Unsavoury, I know, and certainly not 'justice'.

That's Hugh Salmon lamenting the inability of the UK government to take its own advice and apply some insights from behavioural economics to the problem in Libya. It would have been a lot cheaper than the current exercise in cruise missile diplomacy.  It's too late now of course.

But still, there's a chance the 'coalition of the willing' will succeed. About a 3% chance if history is anything to go by. This from Foreign Policy's commentary on social science and the Libyan adventure:


A 2006 study by Jeffrey Pickering and Mark Peceny found that military intervention by liberal states (i.e., states like Britain, France and the United States) "has only very rarely played a role in democratization since 1945." Similarly, George Downs, and Bruce Bueno de Mesquita of New York University found that U.S. interventions since World War II led to stable democracies within ten years less than 3 percent of the time, and a separate study by their NYU colleague William Easterly and several associates found that both U.S and Soviet interventions during the Cold War generally led to "significant declines in democracy." Finally, a 2010 article by Goran Piec and Daniel Reiter examines forty-two "foreign imposed regime changes" since 1920 and finds that when interventions "damage state infrastructural power" they also increase the risk of subsequent civil war.

The triumph of hope over experience once again. Or the Self-Serving Bias at work.