International Majority of the Population Day 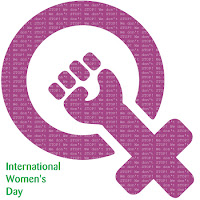 Today is the day that minorities everywhere - men, gays, disabled, non-Caucasians, travellers and anyone else I've forgotten - get to celebrate the achievements of the majority of the population, i.e.: women. And they have been significant achievements:

Oddly enough these are not things that get celebrated on International Women's Day. Nor is that most important task of women since time immemorial: motherhood. As Carolyn Moynihan notes this task has been strangely overlooked by feminism:

Women have proved that they have brains -- they now outnumber men in graduating from universities in the developed world. They have shown that they can do a wide range of demanding jobs and that they can look after themselves financially. All good. What they have yet to show is how their education and earning capacity can be combined successfully with the one career that is exclusively theirs: motherhood.
This essential vocation and service remains the aspiration of the vast majority of women -- as does marriage, without which motherhood is a burden to the woman and an insufficient support to the child. Yet, as research by the US National Marriage Project has shown, the erosion of marriage has penetrated far into the middle ranks of society. There are several reasons for this -- economic, cultural and civic -- but one of them is surely feminism’s antagonism to the family as a “patriarchal” institution and its insistence on female independence as a lifelong state.
It’s thanks to this ideological stance that we still have Ministers of Women’s Affairs, their bureaucracies and their international Big Sisters pushing for gender equality policies which assume that husbands and wives -- or domestic partners -- should each do exactly half of both childcare and domestic chores and half of the paid work to support a household. Research has shown that this is not what women with young children want.
If women want to have the choice to be wives and mothers in anything more than a nominal sense, it is time to knock this sort of nonsense on the head. Whatever good feminism was going to do has been done; now it is time to tidy up the house and start living again.

Have-it-all feminism, it seems, has left them with a frying-pan to ironing-pile dilemma — Sisyphea knackerdom for those that work and breed, or scrub-wifely shame for the Vesta non-virgin rest. At the same time, and I say this as a flag-flying feminist, gender equality has been commandeered by feminist self-interest. Of course women still need their rights fighting for. But despite their commitment to ending gender-based discrimination, you won't hear a similar clarion call for shorter prison sentences for male criminals (women get less time for equivalent crimes), for more men in fashion, HR and professional administration work; for better male mental health provision (men are three times more likely than women to commit suicide), or for more fathers to be given joint custody of children following divorce or separation.

But as a member of a minority group I know it is wiser not to take these things too far.  I also know that ideology is not reality and that the lust for power of contemporary feminism does not represent all women, and certainly not a majority. And finally as a man I know that beyond a mythical equality lies a more profound reality: the love and respect between the sexes that has gotten us this far and that will long outlive the contemporary angst that poisons gender relations to the detriment of both women and men.
Posted by Gerard O'Neill at Tuesday, March 08, 2011