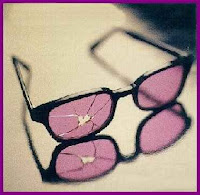 "This world view is foundational to political correctness - it is the bottom line. Reality is merely perception: that which is perceived is the only real, and the way we perceive is changeable. To control reality, therefore, we need to control the perceptual biases. If everyone without exception wears rose-tinted spectacles, then reality is pink." Bruce Charlton

I participated in a debate on gender balance last week organised by IBEC. The motion was whether the Government should set quotas for the proportion of women on the boards of publicly listed companies in Ireland, following the example of Norway (which requires 42% of board members to be female). There were five speakers in favour of the motion and one against: me.

The key note speaker was Arni Hole, Director General of the Ministry of Children, Equality and Social Inclusion in Norway. Arni gave a fascinating insight into the process by which Norway has gone about socially re-engineering their society in order to 'destroy culture and stereotypes' (her words) in relation to gender roles. And it seems to be 'working'. Norway has achieved a remarkable degree of equality, so much so she informed us that 32% of Norwegian university graduates are male. Here in Ireland 44% of 3rd level graduates are male (39% of university graduates) so obviously we still have some way to go in order to achieve a Norwegian level of 'equality'.

Most of the speakers for the motion cited various statistics showing that companies with more gender balanced boards were more successful - however defined. Of course, such statistical relationships are all correlations. As it happens there are other studies that show negative correlations with gender balance, e.g.: that mandating gender quotas actually reduces the value of well run firms. You can have lots of fun with correlations. For example, the Norwegian requirement for 42% of board members to be female in publicly listed companies came into effect in 2008 (after some delays). Between 2008 and 2009 the OBX indicator for the Oslo Bors (the index of Norway's publicly listed companies) fell by 65%... Coincidence, correlation or causation? I'm guessing Lehman Brothers myself. Though sadly the latter's own commitment to gender balance didn't help very much either.

At the moment the idea of state mandated quotas for private companies is probably still a minority preference (45% of Britons are against gender quotas, 30% for and the rest don't know). But the power of political correctness to reinvent the world in its own fashionable image should not be underestimated: and gender quotas are very fashionable right now. My guess is we will have state enforced gender quotas for Irish businesses within the next five years. On the evidence to date I doubt IBEC will object.

Below is the text of my five minutes worth on why I was against the motion of gender quotas. The other presentations, including Arni's, may be up on the IBEC website in due course. I'll let you know when they are:

Good evening everyone. These are tough times in Ireland. Getting to better times will take the combined efforts of all Irishwomen and Irishmen in order for us to succeed. In that context enforcing gender quotas on boards, businesses and political parties will do nothing to get us there. Worse, it will prove to be an unnecessary distraction from the real challenges ahead, one we simply cannot afford.

But that aside, I fundamentally believe that the idea of gender quotas is wrong.

‘yes women and men are equal, but women bring special skills to the workplace’;

‘yes women and men are equal, but women work in a different way from men’...

Which leaves me confused. Just like a lot of advocates of gender quotas I seems to me. Here’s Kate Sweetman in the Harvard Business Review on Norway’s quota plan:

“...as a group, women tend to display a different set of characteristics from men as a group — characteristics that broaden discussions, reduce unnecessary risks that a corporation takes on, and punish people who would increase foolish risks.”

But you can’t have your cake and eat it: you can’t demand to be equal and then claim to be different at the same time. That’s contradictory.

Lucy Kellaway made a very important point recently in the Financial Times:

"The hot debate should not be about boardroom quotas versus voluntary codes of conduct. It shouldn’t be about the boardroom at all – or at least not about the non-executives. What matters are the women on the staff, and making sure that the good ones get to the top.

Whether there are one, two or three female non-execs who pitch up a few times a year for board meetings strikes me as a peculiar thing to get into such a stew about."

So why do people get into a stew about women’s representation on boards, government cabinets and so on?

After all, only a tiny, tiny percentage of men and an equally tiny percentage of women get onto boards or into government. The TASC report on Ireland’s golden circle pointed out that just 39 individuals (including 3 women) held powerful positions in 33 of 40 top public organisations and private Irish businesses. Let’s put this in context: the organisations they oversee employ hundreds of thousands of people – but only the tiniest fraction of one percent of men or women ever end up on a board.

I read recently a CSO figure showing that there are 6 men employed as machine operatives in Ireland for every woman. But oddly enough I never hear about quotas for machine operatives. Women on boards, yes. Women in the cabinet, of course. But women on the factory floor. Oddly enough no. This I think further betrays the elitism behind the demands for gender quotas: it’s about an elect group of women sharing the spoils alongside an elect group of men. And if you are not part of the elect group – whether female or male – then good luck to you.

And the really amazing thing is to see so many on the Left advocating and supporting such elitism!

Which brings me to my final criticism of gender quotas: ultimately the idea of a quota is a Reactionary idea. Let me explain. We live in a democracy: one in which the individual citizen is sovereign, regardless of rank, status, gender, age, religion or any other aspect of his or her identity. The democracy we live in was hard won against extraordinary opposition from those who claimed to know better than ‘ordinary’ citizens. We threw of the shackles of a feudal system of nobility, rank and rigid social structures in order to empower each citizen with the power to shape their own lives and ultimately the course of our nation.

But gender quotas are a throwback to a pre-democratic age. They are a feudal idea that divides society up into classes and castes, that sets the nobility above the commons and that sees the workplace comprised of guilds and special groups protective of their power and status. A guild of women board members – dictated by the state over the heads of the people – is a backward step in a democratic society.

The same goes for politics. What does it matter if any of us are represented by female or male TDs? Now if you think that women have a different perspective that is unique to their sex then why stop at gender quotas? Why not have quotas for age groups, ethnicity, sexual orientation, religion etc? In fact, why not select a random sample of citizens from around the country to make decisions for us. Of course if you do that then before you know it we’re back to class and castes.

It doesn’t sound very democratic does it? But that’s where you end up with quotas – ultimately you are using the power of the state to force citizens and individuals in private businesses and organisations under threat of fines and worse to do something they would not otherwise do. If that isn’t reactionary I don’t know what is.

Our nation faces immense challenges in the coming months and years. We will need to the talents of every woman and man in our businesses and organisations in order to meet those challenges and build a better Ireland. We need the best women and men drawing on their skills and competences to help secure the future. But we won’t do it by substituting one elite for another, nor by restricting the freedom of individual citizens in their private businesses and organisations. Nor will we build a better Ireland by taking a backward step towards a feudal way of governing society.

So ignore demands for gender quotas, and let’s focus on building more successful businesses that will provide the wealth and job creation needed to return our country to a path of sustainable growth.