Desperate times require desperate measures: so should we threaten the French and Germans that we won't look after them when they're old?

The latest Eurostat data shows that Ireland will have the largest percentage growth of any EU over the next half century: 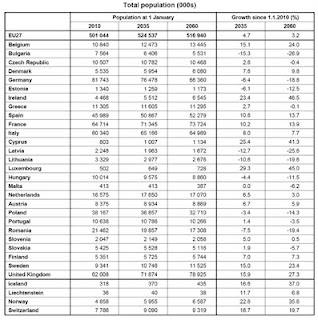 Of course, there'll still be more French (though a lot fewer Germans and Italians) than there are now. But they'll be a lot older - with Ireland retaining its title as one of the youngest populations in Europe (as revealed in another Eurostat report on The Greying of the Baby Boomers): 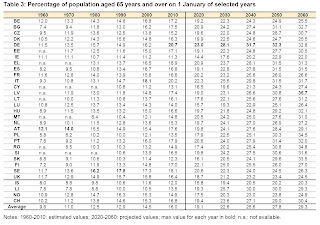 If the youthful Irish are too busy working to pay back the debt plus interest kindly 'loaned' by our German and French (and British) compatriots, then they'll be less willing and able to look after a rapidly greying Europe.